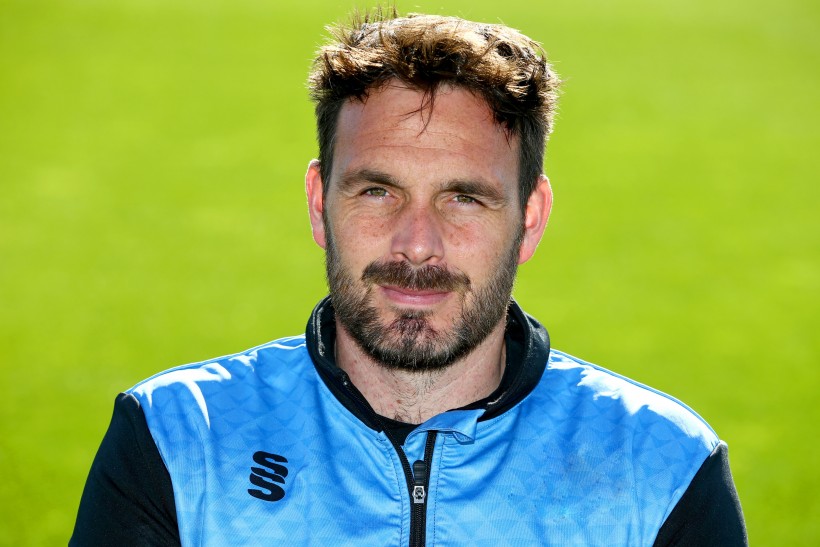 After playing 500 games across the formats for Sussex, Mike Yardy has agreed to join the Club as Kent’s first specialist batting coach.

Born within the Kent county boundary in Pembury near Tunbridge Wells back in 1980, Yardy went on to become a club legend down in Hove, where his left-handed batting and dogged slow left-arm bowling enamoured him to the Sussex faithful.

After 16 seasons as a one-club player, Yardy moved into coaching in 2017 with the Sharks, before moving on to New South Wales last summer. After one season in Australia and some short stints working with the England Lions squad, Yardy is now intent on laying down roots in the Garden of England, once the Covid-19 pandemic allows.

“It’s a really unique situation that we find ourselves in,” said the 39-year-old former all-rounder. “I came back from Australia in late March knowing that I probably wouldn’t be able to start my work at Kent right away.

“But I’ve found it really frustrating, because the first thing you want to do in a new job is meet people, get to know the characters, but the circumstances have stopped all that. If anything, it does make you realise what you enjoy about the job and why you do coaching. So, I’m raring to go, when we’re allowed.”

Famed for his naggingly accurate white-ball bowling, which some pundits referred to as ‘Yardy darts’, the former Sharks skipper says that despite his job title as batting coach, he will hope to lend a hand on the bowling front too.

“I’m sure I will at some point,” he added. “I know Min Patel well and know he’s been doing a really good job with the young spinners, but as a coach in general you’re there to add value to the players coming through and, if I can do that with some bowling advice, then all the better.

He added: “I guess some would argue too that I was a bigger success in T20 with the ball than I was for my batting.”
After making his T20 debut for Sussex against Surrey in 2004, Yardy went on to make 126 short-form appearances for The Sharks, so is very well placed to pass on tips to the Spitfires class of 2020.

He said: “I think back to my first games and things were very formulaic when it came to the bowling order and teams were also quite rigid with their batting line-up.

“But now, tactics have changed and captains very much understand who their best players are to bat in those first six overs. And someone who may usually bat at number three may shift down the order, while someone who’s good against spin in the middle of the innings, may be moved up the order. The modern player has to be adaptable in what they’re able to do.

“It’s important not to have a huge ego too. I recall in my early days, you can take a hit on your ego by going down the order, but you have to adapt to the fact that different people have different skill sets.”

Yardy added: “In terms of player dossiers, there’s no information on a bowler that you can’t find online these days. Everything is out there. In some ways it’s a case of making sure that you don’t have too much information.

“You can sometimes see players getting caught up in what the opposition do well, whilst forgetting about their own strengths. So, it’s important for a player to understand what he does well and, that if he gets that right, he will give himself the best chance of succeeding.

“Understand the information that is out there, but knowing what you do well. Stick with that first and foremost, and be adaptable from there on, if needs be.”