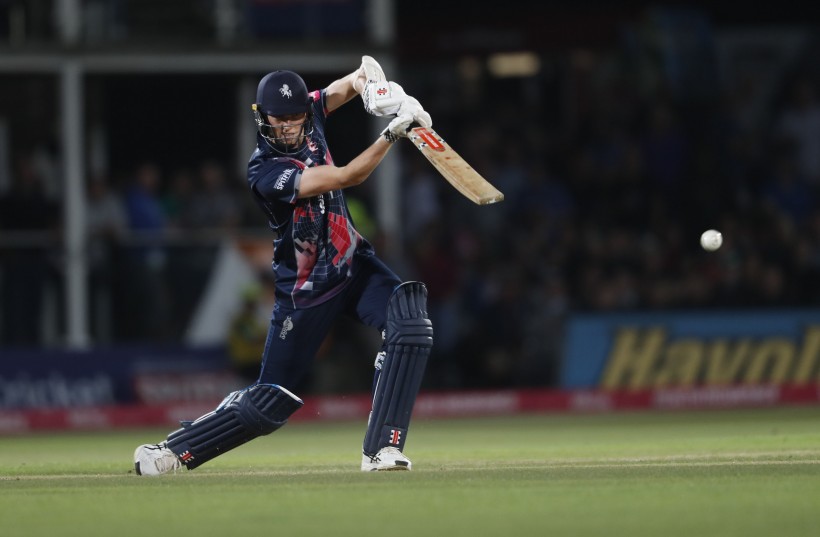 People the world over have posted videos and photographs on social media depicting the unusual, humorous and often perverse ways that they’ve survived the Covid-19 pandemic – but I doubt many will compare to the lockdown exploits of England and Kent batsman, Zak Crawley.

The 22-year-old right-hander from Bromley endured a two-month furlough at his parents’ home in West Kent where, after soon growing tired of the Playstation and bored with playing tennis, he set about practicing his running between the wickets!

“I’ve tried to keep busy with fitness, reading a few books and many games of tennis with the family, but I won’t lie and say that lockdown has been a breeze, because it hasn’t,” said Crawley, who returned to England training with Kent team-mates Joe Denly and Sam Billings in Canterbury earlier this month.

“I felt extremely bored through quite a bit of it, but that was part of parcel of the global situation that most people in the world found themselves in, so it’d be churlish to moan.

“I think the strangest thing I found myself doing was measuring out a 20-yard pitch on the lawn and picking up my bat to practise my running between the wickets.

“Anyone watching might have thought I was quite crazy, but I was that bored that I thought I’d should work on my turns and changing the bat between hands as you swivel around in the crease.

“It doesn’t get much madder than that, does it?

“But, to be serious, I’m hoping that the lay-off will light a fire of energy underneath me. After spending all that time sitting around. I’m raring to go now and cannot wait to start playing again.”

Looking back to his winter tours with England and making his November Test debut against New Zealand in Hamilton, where he received his England cap from county team-mate Denly, Crawley said: “It was a really special occasion and I had no idea that Joe had been asked to do it [the presentation].

“The usual England way is to get an ex-cricketer working on the TV or radio commentary teams to do it, but to get it from Joe, someone I’d played all my cricket with up to that point, was tremendous.

“After hearing his words, it ranks as one of the best moments I’ve had on a cricket field. He spoke so well. I never knew he had that in him, but it made a very special moment even more so.

“I only played because of an injury the day before the game, so sadly there was no chance for my family to get out there in time for my debut. I know they watched through the night on TV, and I spoke to them over the phone later on, which helped make it a great day.”

In his four Test appearances to date Crawley averages 27.33 with a top score of 66, figures the former Tonbridge School batsman knows will need to improve if he is to cement his place in the England side.

He added: “The New Zealand tour itself went well, I was just trying to be myself; train hard and keep my head down. Thankfully, I think they [the selectors] liked what they saw, even though my debut Test turned out to be a dull draw.

“I’d made a good enough impression to get picked for the South Africa trip that followed and felt I’d started to play more like myself.”

Crawley then started the tour of Sri Lanka in March by scoring a century against the Sri Lanka Board President’s XI in Colombo, before the trip was prematurely halted due to the COVID-19 pandemic.

“It was frustrating to leave that tour early as the pandemic began to take hold, but it was the right decision to leave because the spread of Covid-19 escalated so quickly after that. There were no qualms from me about heading home,” he said.

“As a young cricketer it felt great to be around that tour environment and be around such great players, to see how they train and prepare for big games. I loved every second with the group and the winter in general.

“After my first couple of Test knocks, I felt I had to start backing myself a lot more than I had been at the start. It’s hard to get in a positive mindset when you first go on tour, thinking maybe you won’t play to start with.

“Both my first two Test appearances came through injury to other players, which was quite tough, but I felt that I had a little more time to prepare mentally in my last two Tests in South Africa and I felt I went better in those games.

“I was a bit tentative to begin with, but you simply have to believe you’re good enough. That gives you the chance to put your best foot forward.

“I was feeling in a good place when we came back off tour, my game felt good, so it has been frustrating to be faced with this lockdown. That said, the right decisions have been made in order to protect the vulnerable.

“I’m just left hoping we can still play a good chunk of cricket this summer.”

The Spitfire Sessions: Captains in Focus