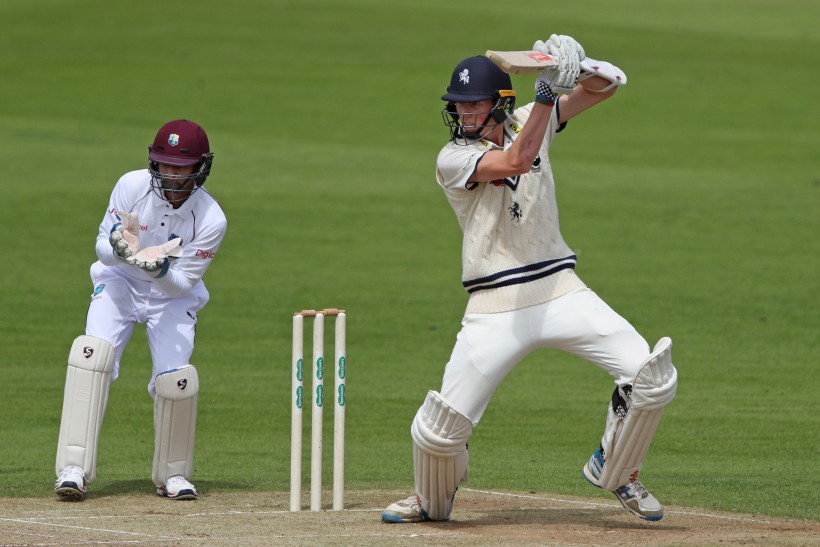 Academy graduate Crawley, 19, made his senior debut in 2017 after scoring three centuries in the second XI earlier in the year.

The Bromley–born batsman scored 62 against the West Indies on his first class debut at The Spitfire Ground, St Lawrence and played four matches in the Specsavers County Championship and once in the Royal London One-Day Cup.

The 6ft 5in right-hander, who has played for Holmesdale and Sevenoaks Vine in his formative years, said: “I’m delighted to commit my future to Kent.

“I’ve really enjoyed my cricket this season. I started slowly but found some good form and it was great to get a few opportunities with the first team.

“Making my professional debut was a dream come true and to do it for my home county was even more special.

“Scoring a 50 against international opposition gave me a lot of confidence after a lot of hard work.

“We have a deep batting line-up so I know I have to perform and keep working hard on my game to earn a spot in the first XI.”

Head coach Matt Walker said: “Zak is an exciting talent and has made great strides this year.

“His performances in the second XI earned him an opportunity and his knock against West Indies gave us a glimpse of his potential.

“The challenge for Zak is to keep developing his game as we have good competition for places in our batting line-up in all formats.”