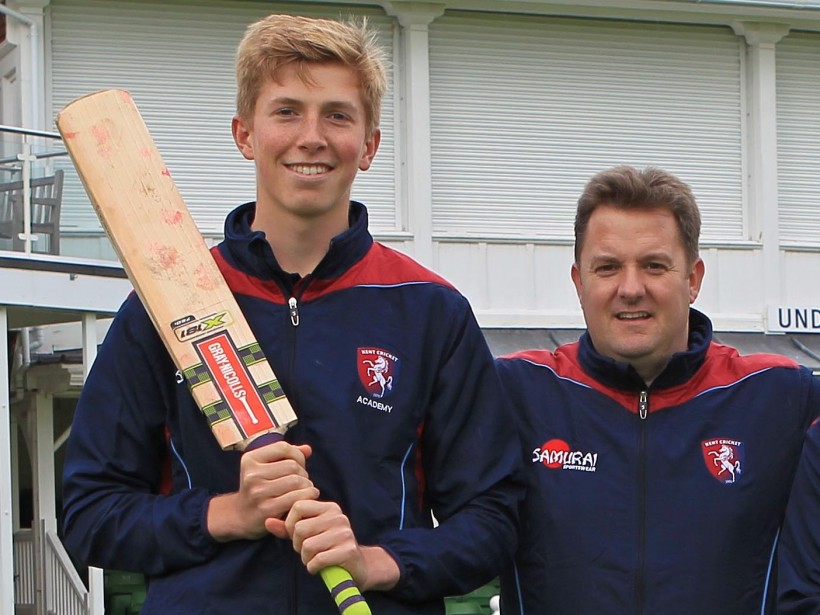 The Bromley-born right-hander became a regular in the Second XI this season in 2015, scoring a century against Somerset and 64 not out against Middlesex.

He was selected for the Kent Cricket Academy in 2012 and spent three seasons under the watchful eye of high performance director Simon Willis.

The Tonbridge School student, who plays club cricket at Sevenoaks Vine in the Shepherd Neame Kent Cricket League, said: "As a Kent lad, I am delighted to be joining the first-team squad but I realise that there's a lot more hard work to do.

"Working with Simon Willis at the Academy and playing for the Second XI has been a great experience and I hope to keep learning from my teammates and coaches to reach the next level.

"I've played with a few of the senior players in second XI cricket and it's a dream come true to be training and playing with them."