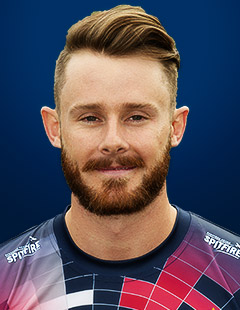 The right-hander was born in Zimbabwe and has played first-class cricket for Hampshire and Gloucestershire.

He played for Kent second XI in 2014 and returned for a month on trial in April 2015 as cover for Sam Billings and could deputise for the England man in 2016 after signing a contract with the club.

I really enjoyed my time at the beginning of last year and hopefully I can use this opportunity to push on and secure myself a regular first team spot.

“I’m very grateful to the Kent management for showing faith in me and allowing for this opportunity – I’m looking forward to getting stuck in, a lot of hard work lies ahead and I’m excited to get going.

“After my month there last year, I followed Kent’s fortunes and there were some excellent white-ball performances so hopefully we can kick on this year and go a step or two further.”

He extended his contract in April 2017.