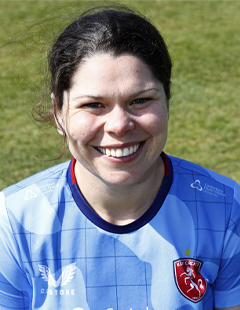 In the Women’s Cricket Super League, Davidson-Richards played in all four seasons for the Yorkshire Diamonds. For the 2018/19 season she travelled abroad to New Zealand to play for Otago.

In March 2018, Davidson-Richards was named in the England squad for their tri-series against India and Australia and in February 2019 was awarded a rookie contract by the England and Wales Cricket Board (ECB). In 2020, she was named in a squad of 24 England players to begin training and joined the South East Stars on a professional contract, competing in the Rachael Heyhoe Flint Trophy.