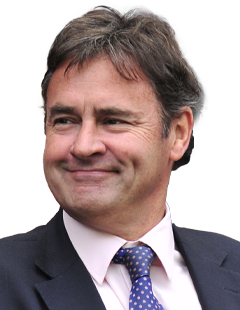 Chris Cowdrey, will be Kent Cricket’s President throughout 2023.

From 1 January 2022, he will serve as the Club’s Deputy President, with Yvonne Neame in place as Club President for the next calendar year.

A prolific all-rounder, Cowdrey’s cricketing career spanned three decades, captaining the county on 290 occasions between 1982 & 1990, officially as Club Captain from 1985 until the turn of the decade.

For Kent, the former right-armer scored over 12,000 runs and took over 300 wickets, with 21 centuries to his name whilst wearing a Kent shirt. He was awarded his Kent Men’s Cap (no. 157) in 1979, three years after his professional debut as a Kent player against Yorkshire in 1976.

Cowdrey also made nine appearances for England in both red and white ball cricket, captaining his country on one occasion – a home Test match against West Indies in 1988.

Since retiring from the game in 1992, he has become an ardent supporter of the Lord’s Taverners, a charity helping to provide opportunities for young people with a disability and those living in higher poverty through the vehicle of cricket. He was appointed as the charity’s President between 2012 & 2015.

He is now joint Chair of Lord’s Taverners’ West Kent region, who raised over £25,000 this past month to support the work of dedicated volunteers helping to deliver Lord’s Taverners programmes in Kent and beyond.