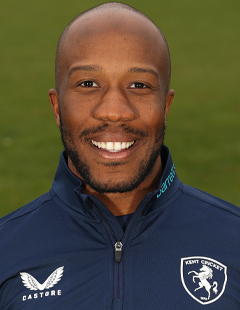 After making a name for himself on the international scene with the England Under-19s, the former Millfield School pupil was widely heralded as a star of the future when he won Wisden Schools Cricketer of the Year in 2011.

Bell-Drummond made national headlines by smashing a scintillating century for Kent against Australia in the build-up to the 2015 Investec Ashes series. He received county cap 210 at Canterbury Week 2015 alongside England wicketkeeper-batsman Sam Billings.

2016 was a landmark year for ‘DBD’ as he improved his best score in each format. He started the season in style, recording 206 not out against Loughborough MCCU in a first class match at The Spitfire Ground, St Lawrence.

Bell-Drummond shared a world record T20 opening stand with Joe Denly as the pair put on 207 against Essex at Chelmsford in July 2017.

In 2018, Daniel was an integral part of the Kent team that lost in the final of the Royal London One Day Cup against Hampshire. Throughout the course of the tournament, Daniel scored 485 runs, at an average of 44.09, with a top score of 90 against Sussex.

Daniel has captained Kent intermittently over the years, deputising for Rob Key, Sam Northeast and current captain Sam Billings. Daniel captained heavily in the 2019 season as Vice-Captain Joe Denly was on international duty, as was Club Captain Billings, who also suffered a shoulder injury that needed surgery.

Ahead of the 2021 season, Bell-Drummond was appointed as the Club’s new Vice-Captain, replacing Joe Denly.

At 2021’s Vitality Blast Finals Day on 18 September that year, he put in a Player of the Match performance against Sussex Sharks in the semi-final, scoring 82 from 51 deliveries in Kent’s 21-run victory on their way to winning the tournament later that day against Somerset.

He is one of only six players to have scored a century in all three formats of England’s domestic competition for Kent.