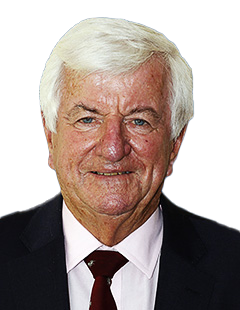 Life member and life-long supporter of Kent County Cricket Club. Co-opted to the Committee in 2010 for three years and elected in 2014. A qualified accountant who retired as an Executive Director of Halifax Building Society in 1996.

Served as a Director of a professional football club for 19 years, including three years in the Premier League. Member of the Lord’s Taverners, the recognised official charity for recreational cricket for more than 20 years, and Chair of the Yorkshire Region for eight years.

Served for six years as Vice Chair of Sports Coach UK, a charity charged with helping those in sport recruit, develop and retain the coaches they need to achieve their sports participation and performance goals. Chair of the trading subsidiary, Coachwise, since 1996 during which time profits of more than £8million have been covenanted to the parent charity.