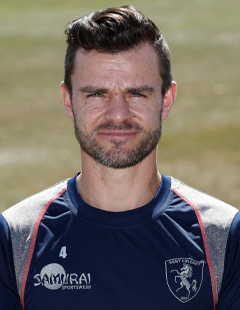 Heino is a South African wicket-keeper batsman who signed for Kent as a Kolpak player in 2018 after stints with South African sides Northerns and the Titans. Heino also represented South Africa A 49 times, with a top score of 200* against Hampshire in 2017. He scored 105 against England Lions on the same tour, facing the bowling of current Engand internationals Jack Leach, Sam Curran and Jamie Overton.

Heino made his Test debut against England at Lord’s, and went on to play in 4 Test matches, with a top score of 34.