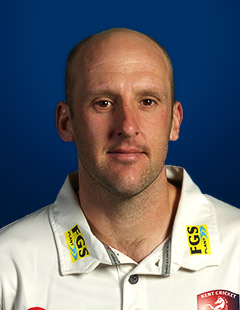 After a year as club captain in 2013, James stood down from the role to concentrate on his position as the Club’s premier spinner and his England commitments.

The off-spinner made his Kent debut in 2001 and has been an integral part of the side ever since, earning his county cap in 2007.

James has taken 60 wickets in 45 one-day international appearances and 7 in 17 T20s for England.

His guile and trickery makes him a dangerous proposition in the shorter form of the game as well as a handy left-handed batsman in all forms with four centuries and seventeen first-class fifties to his name.

He was awarded a Testimonial Year in 2017 in recognition of his services to Kent Cricket.