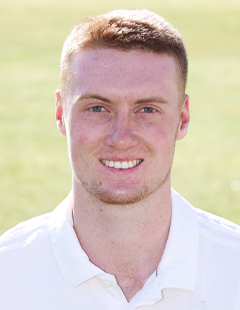 Joey Evison joined Kent for 2022’s Royal London Cup, on loan from Nottinghamshire, before joining on a permanent deal from the 2023 season.

After an appearance at Suffolk and a full debut away at Worcestershire Rapids, Evison announced his arrival to Kent in the Royal London Cup with a career-best List A score of 109 against Glamorgan at Sophia Gardens.