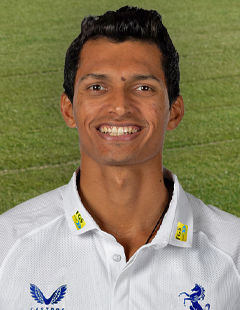 He has represented his country in all forms of the game after making his IT20 debut for India in August 2019.

Hailed as one of the top five fastest Indian bowlers in world cricket, Saini is capable of clocking 95mph.

The right-armer wears his preferred shirt number of 96 and follows in the footsteps of Rahul Dravid to become the second Indian Test cricketer to play for the county.

He introduced himself to the Kent faithful by securing a five-wicket haul on debut against Warwickshire in a must-win Championship match at Edgbaston, finishing the match with seven wickets to his name.