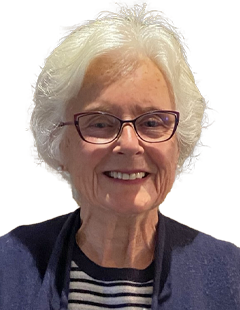 A long-standing supporter of Kent Cricket, Yvonne Neame has been a key figure in Kent life for many years, having supported her husband, the late Robert Neame, when he served as Chairman of Shepherd Neame, High Sheriff of Kent, and President of Kent Cricket in 2003.

Yvonne, who became the second female President in the Club’s history, has been watching cricket at The Spitfire Ground, St. Lawrence for decades. Her deep knowledge and passion for the game extends to grassroots cricket, where she has supported local club matches around the county for many years.  Given her association with the game at all levels, Yvonne will be placing a particular focus during her year in office on championing young cricket development in schools and clubs across Kent.

Born in Scotland, Yvonne’s family moved to Broadstairs when she was 19, and she became a teacher. Her connection with Kent Cricket started in the 1970s, as she taught two Cowdrey brothers at St. Peters Court and Wellesley House schools. Yvonne has also served as a Magistrate and on various charity committees.