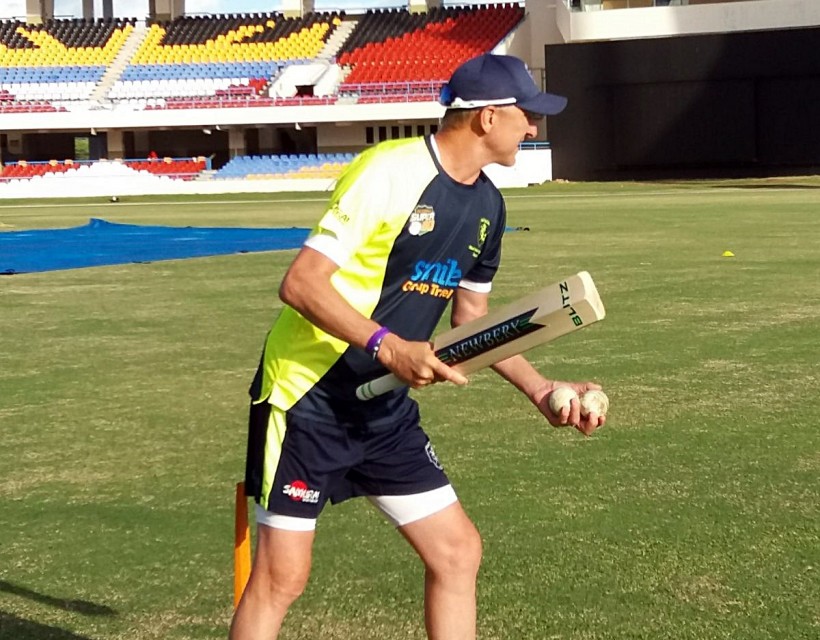 The Spitfires sealed a last-four spot against reigning champions Barbados Pride on Wednesday thanks to a superb batting display at the Coolidge and a reply of two halves.

The former South Africa Test paceman said: “Sunday night’s win was unbelievable. It was a fantastic batting performance on the best wicket we’ve played on so far in the tournament.

“260 was a very good score and Daniel Bell-Drummond played very well at the top of the order. As did Sean Dickson who was so aggressive and showed a lot of intent, taking their spinners down.

“Zak Crawley and Daniel put on a good partnership up front which teed us up for the back end of the innings.

“We’ve spoken about the top five batsmen setting us up for the later overs and that was as good as it got.

“Leewards came out of the blocks superbly and the rain delay gave us a chance to regroup.

“We sat down as a group and myself and Min Patel spoke to a few guys and gathered our thoughts. After the break, it was a completely different game.”

Defending 266, off-spinner Adam Riley claimed a career-best 4/40 after the Hurricanes openers threatened to take the game and qualifications hopes away from Kent.

Donald said: “I’m so happy for Adam and the way he bowled, it’s a tribute to all the hard work he and all the bowlers have put in on the tour so far.

“The fielding was again very pleasing. We’ve tried a few new things in terms of our movements and they seem to be working well.

“The pace and aggression of our fielding is great and we’re getting the right fielders in the right places.

“Every game, we’ve scrapped hard and done the ugly things to get the job done.”

After playing six of their group games on the slower surfaces at the Sir Viv Richards Stadium, Donald said the batsmen have adjusted well to conditions at the Coolidge Ground where the knockout stages take place.

The County Championship-winning coach said: “We’re finding out a lot about ourselves from a batting point of view. It’s not easy batting here and tested our patience and skill.

“We’re very happy to reach the semi-finals and we have a big training session on Tuesday to get us ready for another tough test against Barbados on Wednesday.”