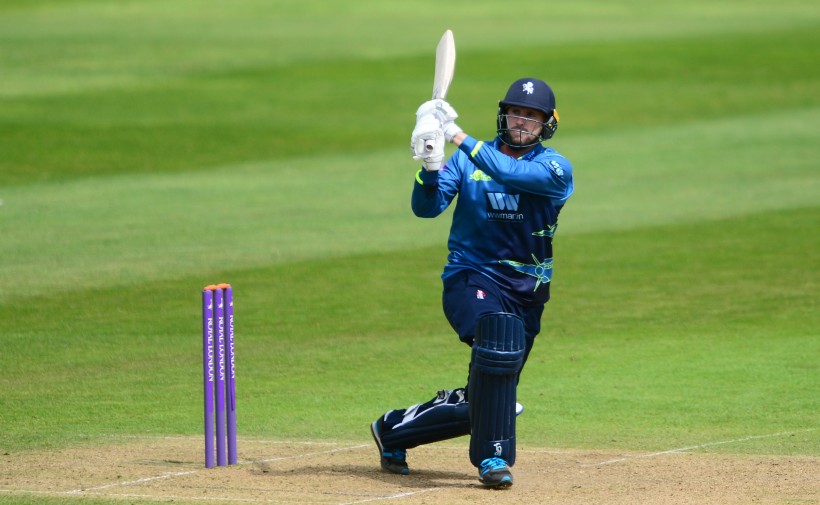 Kent Cricket is delighted to announce that Alex Blake has signed an extension to his contract, which will now run until the end of the 2020 season.

The Kent Cricket Academy graduate, who was awarded a county cap in 2017, averaged 40.75 in the Royal London One Day Cup last season at a strike rate of 121.19, scoring 21 sixes in total.

Blake featured in every 2018 Vitality Blast match for Kent, top-scoring with 57 against Middlesex at The County Ground, Beckenham and achieving a tournament strike rate of 161.00.

The left-handed batsman has made a name for himself as an explosive hitter, capable of taking on bowlers aggressively. This showed in Kent’s Royal London One Day Cup tie against Surrey at Beckenham this season, scoring 59 from just 26 deliveries, including three fours and six sixes.

Speaking about his contract extension, Blake said: “I’m delighted to have committed my foreseeable future to my home county at this very exciting time for the club.

“After a great white-ball season this summer and achieving promotion to Division One, I can’t help but feel that big things are just around the corner at Kent Cricket.

“I hope I can help the club to achieve success in every way possible over the next two years and beyond.”

Kent Cricket’s Director of Cricket, Paul Downton, commented, “Alex is a match winner and exactly the type of batsman every top team needs. He has the ability to take the game away from any opposition.

This, coupled with his outstanding contributions in the field, makes him a huge asset for the Club and I am thrilled that he has committed his future to Kent Cricket.”