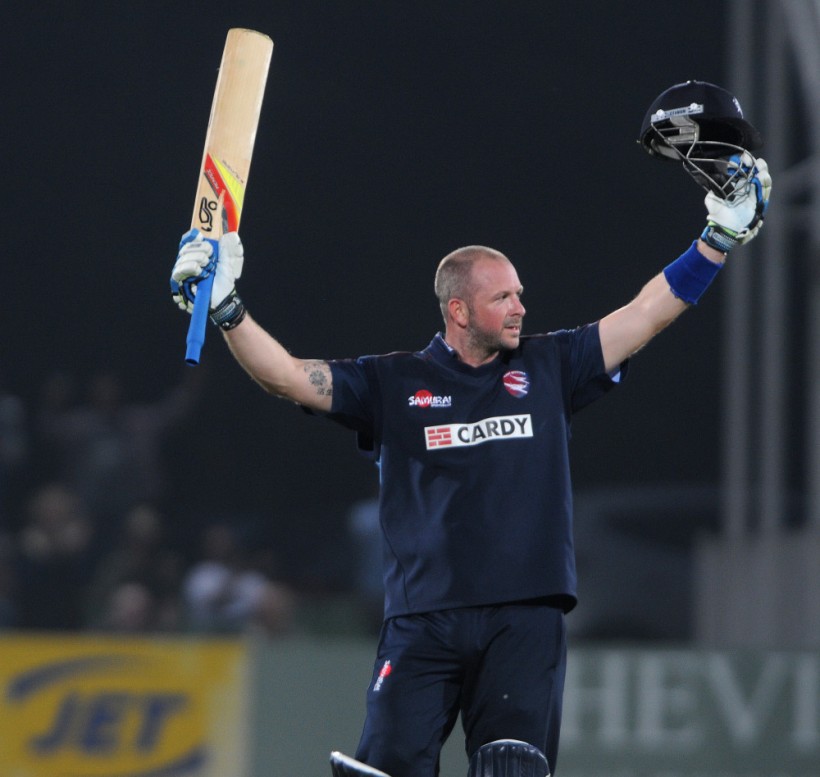 After a seemingly interminable winter of almost continuous precipitation, it came as a bit of a shock when the sun finally poked out from behind a cloud and I looked at the calendar and realised the cricket season begins next month… next month!

Well, to be honest the last few months haven’t been great for English cricket fans in hibernation given the Ashes debacle. Having deservedly won the last three series it was pretty sobering to be on the wrong end of a rather humiliating 5-0 drubbing. Each night I’d listen to Test Match Special until lunch Down Under, estimate what the worst case scenario score might be, then I woke up and was sadly met with horrible shock after horrible shock the next morning, so I opted to pretend cricket didn’t exist and concentrated upon the trials and tribulations of Gillingham FC…

Then something rather splendid happened to reinvigorate my pre-season enthusiasm, news that Darren Stevens had been exonerated by the Bangladesh Cricket Board regarding the failure to report a corrupt approach. Fears of a ban had cast a shadow over the end of last season and of course over Kent’s talismanic all-rounder. His value to the team had been illustrated by his clear sweep of the Player of the Year awards (except for young player…) and few fans back in Kent had any idea how the hearing might pan out.

The relief once the good news began to circulate certainly put a smile on most Kent fan’s faces, and had been preceded by news of the signing (for the whole season) of seasoned Aussie, Doug “the Rug” Bollinger, a fast medium bowler to strengthen an area of the team that had struggled at times last summer. Obviously docile wickets and the rain following us about last season made for too many draws (11 out of 16) in the Championship, but after two chastening home defeats early on Kent actually finished the campaign unbeaten in 12 games, culminating in the astonishing last day win over Lancashire when chasing 418 to win.

So can Kent mount a genuine promotion challenge? We’d all like to think so, although Surrey will be the team to beat (and to enjoy beating?) given they’ve signed Graeme Smith and dear old Kevin Pietersen. Essex will be contenders too, and there is always an unfancied “dark-horse” but after a few seasons in the doldrums the inhabitants of The Spitfire Ground, St Lawrence may well be stirring back into life.

In the one-day game it is all change with new competitions, new formats and new and hopefully more logical fixtures. The Royal London One-Day Cup (50 overs) will replace the old 40 over format. To be honest the 40 over game suited the current Kent team, pretty darn good at limiting teams with nagging bowling, keen fielding and chasing scored down like they did against Sussex (337-7!) so perhaps the 50 over competition will provide an avenue for a tilt at some glory… although our record in finals at Lord’s isn’t brilliant…

Which brings us to the revamped NatWest T20 Blast competition, with the majority of games played on Friday nights and under lights. This will hopefully sustain the interest after an incredible first decade. However for Kent to be contenders they will have to be more explosive with their batting and perhaps braver too, plus a bit more athletic in the field and more canny when bowling. Last season the T20 didn’t pan out that well, hopefully some of the youngsters will be able to play some fearless cricket, if they do the Kent faithful will be as enthusiastic as ever.

Also Rob Key is back as Captain, hopefully he’ll be able to sustain last season’s achievements with the bat, despite the added responsibilities. Personally I’d also love to see the likes of Bell-Drummond, Northeast, Cowdrey, Riley, Ball and Billings take the next step towards establishing the next generation at Kent. It will also be exciting to see how the new competitions and fixture lists pan out. It is of course a football World Cup year, so cricket will have to fight hard to retain its place in the sporting limelight, but there is also a feeling of a “changing of the guard” in cricket. With the dismantling (prematurely?) of the successful England team (thanks for everything Mr Pietersen, Swann and Trott, not to mention Andy Flower), the international retirement of the likes of Smith and Tendulkar, the game as a whole is looking to move on to the next era. It is both exciting and perhaps a bit refreshing to see what happens next, but it does feel like a lot is up for grabs. Let’s hope Kent are on the cusp of regaining some of that old magic, it isn’t impossible but with the new season on the horizon and every club will probably be thinking likewise… I can’t wait to see how it all pans out!