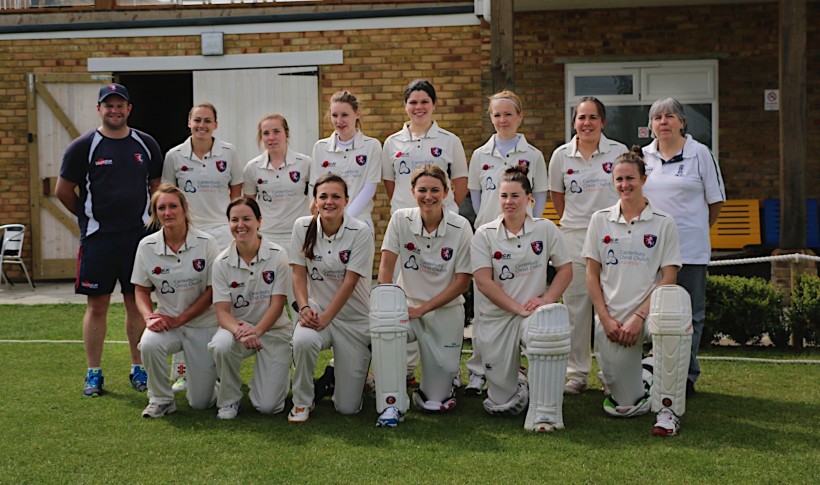 Canterbury Christ Church University is continuing its successful partnership with Kent County Cricket Club by becoming the sponsor of their Women’s team for the 2014 season.

Paul Carney, Director of Sport at the University, said: “We are delighted to continue our support for Kent Cricket and women’s sport through this sponsorship.

“Their captain and Honorary Fellow of Christ Church, Charlotte Edwards, is an inspiration to many of our sporting scholars including current Women’s squad member Deanna Cooper. We wish Charlotte and the team success for the coming season.”

Charlotte Edwards is the most capped One Day International player in the history of women’s cricket and its leading runs scorer. She has won five Ashes series, the World Cup and the World Twenty20 in an 18 year international career, and earlier this year she became only the second woman to be named as one of Wisden’s Five Cricketers of the Year.

Jamie Clifford, Kent Cricket CEO, said: “We are very pleased that Canterbury Christ Church University has extended their support of the Club to include the Women’s team. They have been one of the leading teams in the country for many years and are fully deserving of this commercial support and recognition.”

Kent Women claimed two victories from two games at the opening weekend of the Championship season. Their next game, against Warwickshire, is due to be played at home on Sunday, 25 May.