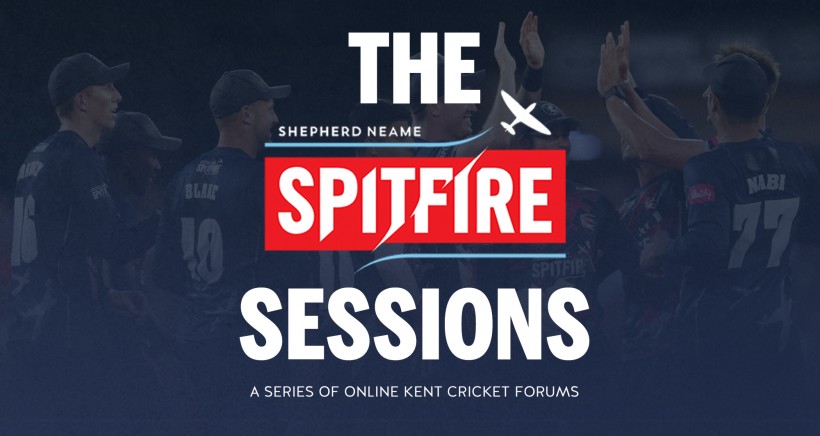 Four members of Kent Cricket’s First XI will make up the panel of the final edition of The Spitfire Sessions before the start of the shortened 2020 domestic season.

Kent stars Daniel Bell-Drummond, Heino Kuhn, Alex Blake and Darren Stevens, will join host Steve Watts to reveal how they have spent lockdown during the COVID-19 pandemic, as well as discussing their personal preparations for what will be a unique season for the Club.

The upcoming session is the 13th instalment of the series and will be the final edition before professional cricket is scheduled to commence on Saturday, 1st August. Additional Spitfire Sessions are planned to take place during this coming Winter break after the conclusion of the 2020 season.

The Spitfire Sessions, a series of online Kent Cricket forums presented in partnership with Shepherd Neame, have been running weekly since April. Aimed to entertain and inform members and supporters during the COVID-19 lockdown have seen names from many eras of the Club’s history come together to discuss their memories and share insights into their playing and coaching careers.

The Spitfire Sessions will be available to watch live on Kent Cricket’s official Facebook Page, as well as directly through Zoom.

Daniel Bell-Drummond made his senior debut in 2011 and has averaged 33.84 with the bat across all formats for the county, as well as recording a century for the England Lions at The Spitfire Ground, St. Lawrence against Sri Lanka A in 2017.

More recently, the right-armer’s medium pace bowling has become a differential for the Club over the past couple of years, whilst his runs at the top and middle order remain a vital part of Kent’s game.

Alex Blake has made a name for himself as a powerful batsman since his Kent debut in 2007 and has consistently proven his ability as a ‘finisher’ in limited overs competition, with standout T20 performances against Hampshire in 2015 and 2019 – two examples what the left-hander is capable of under pressure.

Known colloquially as ‘the Blakecano’ amongst Kent supporters for his ability to ‘erupt’ without warning during an innings and lay waste to bowling attacks, Beckenham-based Blake became the Club’s first-ever homegrown player to sign a white-ball only contract from the 2020 season.

Heino Kuhn joined the county ahead of the 2018 season and became the Club’s 216th Capped Player that same year, after outstanding performances with the bat and in the field, especially during Kent’s One-Day Cup Final run.

A former South Africa international, Kuhn has bought a wealth of experience to compliment this talented current crop of Kent players.

Darren Stevens joined Kent in 2005 and has gone on to make 586 appearances so far for the Club, winning trophies and promotions with the county in his 15-year Kent career to date.

A hugely popular player with the Club’s members and supporters, Stevens has over 20,000 runs and 750 wickets to his name in Kent colours.

Kent Cricket’s Marketing and Communications Manager, Becca Smith said: “The Spitfire Sessions were launched in conjunction with Shepherd Neame, to enable us to connect, engage and support the wider community during a time of isolation for many.

“We are fortunate to have been joined by an impressive list of names, and I would like to offer my sincere thanks to all of our guests for their time. They have shared some fantastic memories from their careers and have helped to keep us entertained throughout these uncertain times.

“Following positive feedback from our members, supporters and stakeholders, I’m delighted to confirm that The Spitfire Sessions will be returning after the season and will run throughout the winter.” 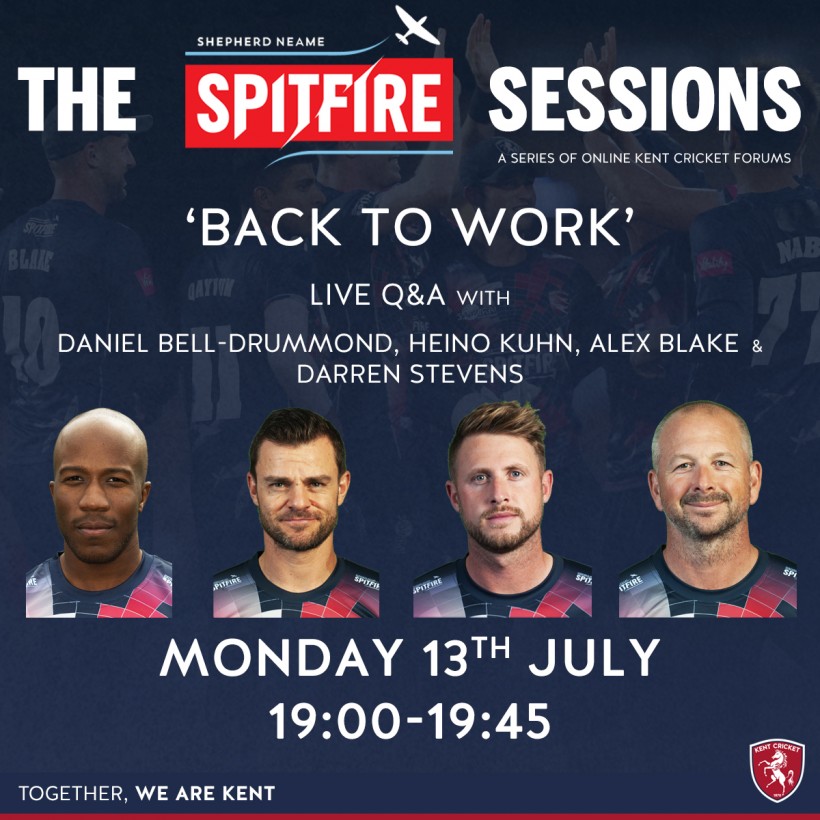