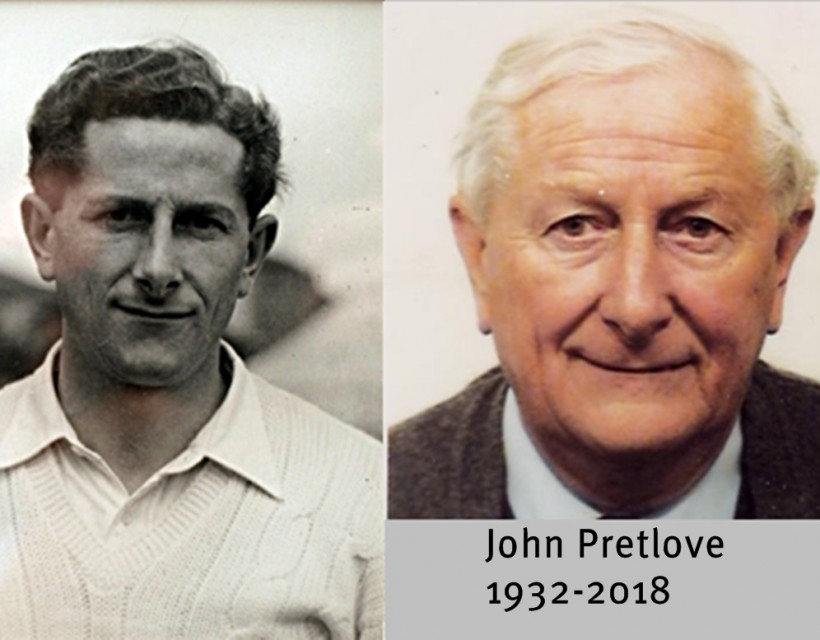 Everyone at Kent Cricket is sad to hear that our former President and player John Pretlove has died after a long illness at the age of 85.

Pretlove scored ten first class centuries including four for Kent with his best bowling return for Kent of 4/59 against Gloucestershire at Tunbridge Wells in 1958.

His best season with the bat came in 1957 when he scored 1,191 runs and earned his county cap.

He was a fine all-round sportsman and won Blues at Cambridge University for cricket, football and rugby fives before joining Kent.

In the off-season, he played football for Corinthian-Casuals and served as President of Kent in 1999.

Everyone at Kent Cricket would like to offer condolences to John’s family, friends and former teammates.