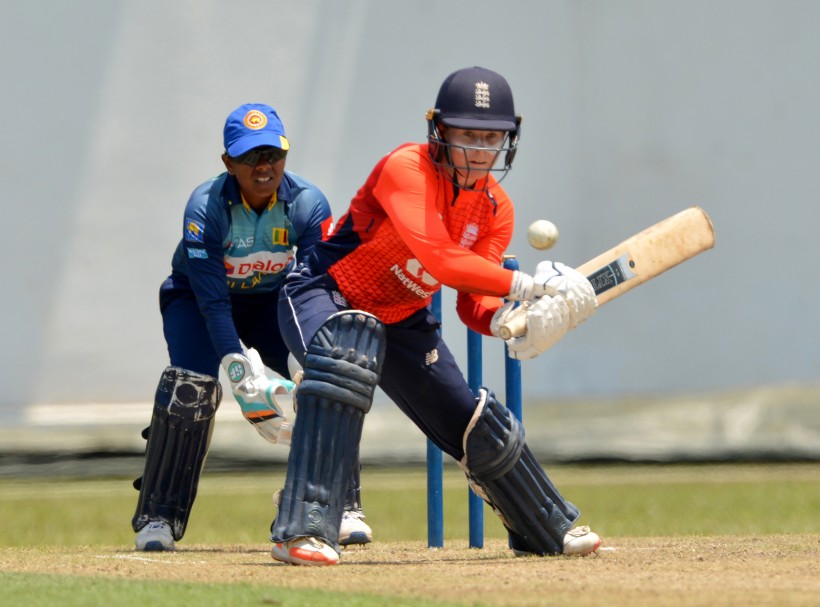 Kent Women stars Laura Marsh, Fran Wilson and Kent captain Tammy Beaumont have all been named in England Women’s IT20 squad to face the West Indies later this week.

Marsh recently received her 100th England ODI cap in the Royal London One-Day Series against the ‘Windies’ and took four wickets in two appearances during the three match series at an average of 33.50.

Beaumont scored 139 runs in the series at an average of 46.33 from three games, whilst Wilson scored 4* in her one appearance, also taking a diving catch that made headlines around the world.

England have also added Linsey Smith to their squad for the upcoming Vitality IT20 series against West Indies, which also sees the return of the rested Katherine Brunt and Nat Sciver.

Smith is the only new face in the group from England’s 3-0 win in the Royal London Women’s ODI series. Her namesake Bryony Smith drops out of the 15, having made an impressive start to international cricket at Chelmsford.

England’s clean-sweep in the ODIs means they’ve now won 13 all-format matches in a row, a run they’ll be keen to continue in the Vitality IT20 series, as captain Heather Knight explains.

“It’s great to set records and break new ground, it’s something we talked about as a team when Robbo came in.

“What’s great is that a winning run requires a lot of hard work and a lot of ruthlessness – it won’t continue if we become complacent or begin to let our own standards slip.

“We’ve got three games against the West Indies, and three chances to further improve our T20 form. If we can be at our best across these matches that will set us up well for the Ashes.”

Crawley century on Day One