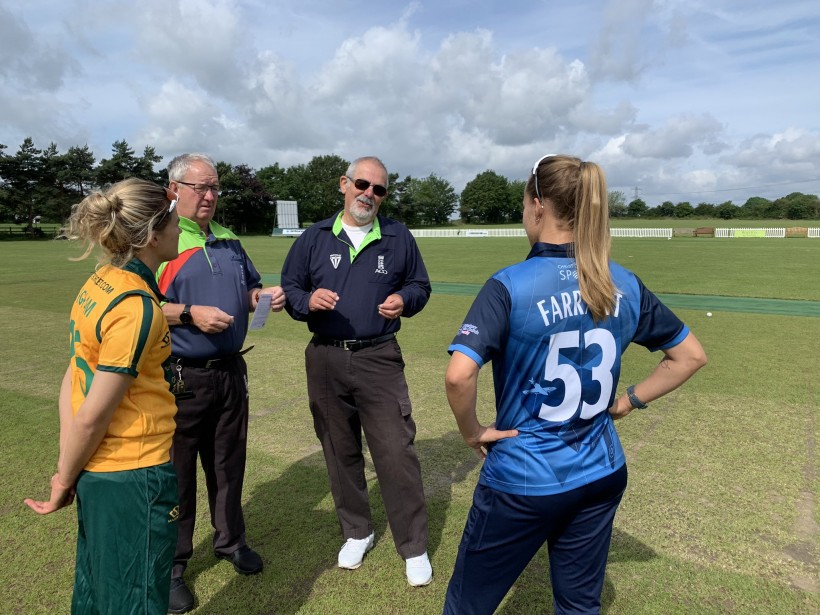 After a win and a defeat in their first two Vitality Women’s County T20 fixtures, Kent Women travel to Brighton to take on two big rivals in Sussex and Surrey at Brighton Aldridge Community Academy on Sunday.

A three-run victory against Nottinghamshire first up saw Maxine Blythin top score with the bat before an inspired bowling performance from Megan Belt saw her take three wickets for just 12 runs in her four overs.

Kent’s six wicket defeat in their next game to Lancashire came despite Tash Farrant’s 37 with the bat and 2/9 with the ball.

The Horses currently sit in fifth position in the Vitality Women’s County T20 standings, above both of Sunday’s opponents.

Surrey also have won one and lost one of their first two games and are in sixth place currently, owing to a lower net run rate than Kent.

Sussex have seen two defeats in their first two matches and are currently second from bottom in the league standings.

The visiting Kent side will be boosted by the return of bowling all-rounder Grace Gibbs to the side after her length injury lay-off with a knee problem.

For Kent supporters looking to travel to Brighton to cheer on ‘The Horses’ on Sunday, matches start at 10:30 & 13:30 at Brighton Alderidge Community Academy, Lewes Road , Brighton, BN1 9PW, in the shadow of Brighton & Hove Albion Football Club’s Amex Stadium. The nearest rail station is Falmer.

When the World Cup came to Tunbridge Wells