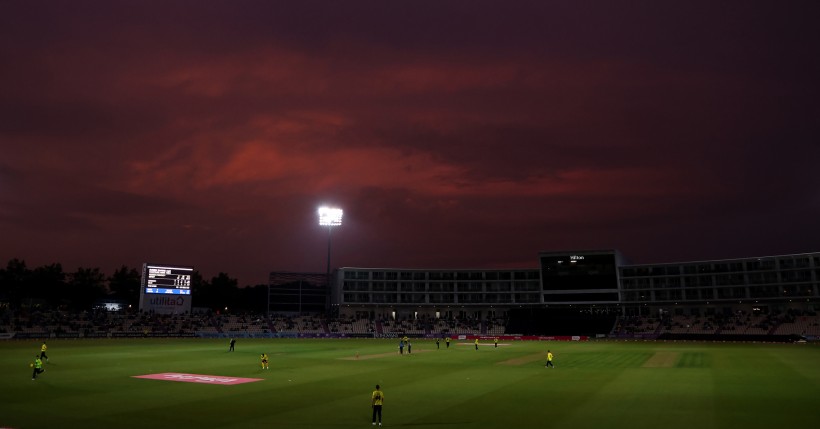 A century from Hampshire Hawks’ James Vince helped his side defeat Kent Spitfires at the Ageas Bowl – the visitors’ first defeat at Southampton in four years.

Hawks skipper Vince recorded his third T20 century with exactly 100 in 54 balls as he combined with Tom Prest for a 128 stand for the second wicket.

With Ross Whiteley’s six-ball 23, the hosts bashed their third-highest T20 score of 221 – something the Spitfires didn’t chase down, eventually falling 54 runs short.

Having been stuck in, Hampshire were only 32 for one – Ben McDermott skied Grant Stewart – at the end of the powerplay, and 12 of those came in the sixth over. Prest and Vince found their gears quickly after tight Kent bowling opening up.

They started by using the expansive Ageas Bowl outfield to milk ones and twos, before accelerating into boundaries. The turning point from normal accumulation to big striking was Stewart’s third over which went for 25 runs. Prest started with a slog-swept six before Vince rounded it out with six, six, four.

From then on, the Hawks flew. Only one over in the second half of the innings went for fewer than nine runs. Both Prest and Vince reached half-centuries in 34 balls as they became the first Hampshire duo to put on 100 together in a T20 versus Kent.

After Vince had taken George Linde for 17, including a huge maximum over the leg side, Qais Ahmad ended the partnership on 128. Prest’s slog sweep only went up as he departed for a season-best 52.

Vince’s second fifty came in 19 balls – 53 balls in total – and was coloured by three sixes into the leg side and five fours.

He fell a ball later, which only brought Whiteley to the crease. He and Weatherley put on 40 in 10 balls to take Hawks past 200 – with 30 coming off the final over.

Kent’s reply started off rockily as Daniel Bell-Drummond and Jordan Cox were both caught in the ring before the end of the third over.

Sam Billings was bowled by James Fuller not long after, but Joe Denly and Alex Blake added 54 to momentarily fight back.

Denly drilled to long off, Alex Blake to long-on, Linde to a sprawling mid-off, Jack Leaning was cleaned up and Qais was caught and bowled as Kent ended up on 167 for eight and Hampshire picked up the two points. 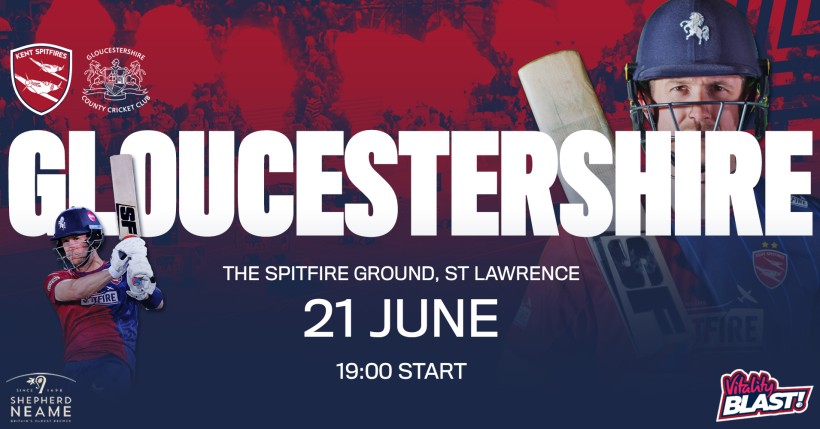