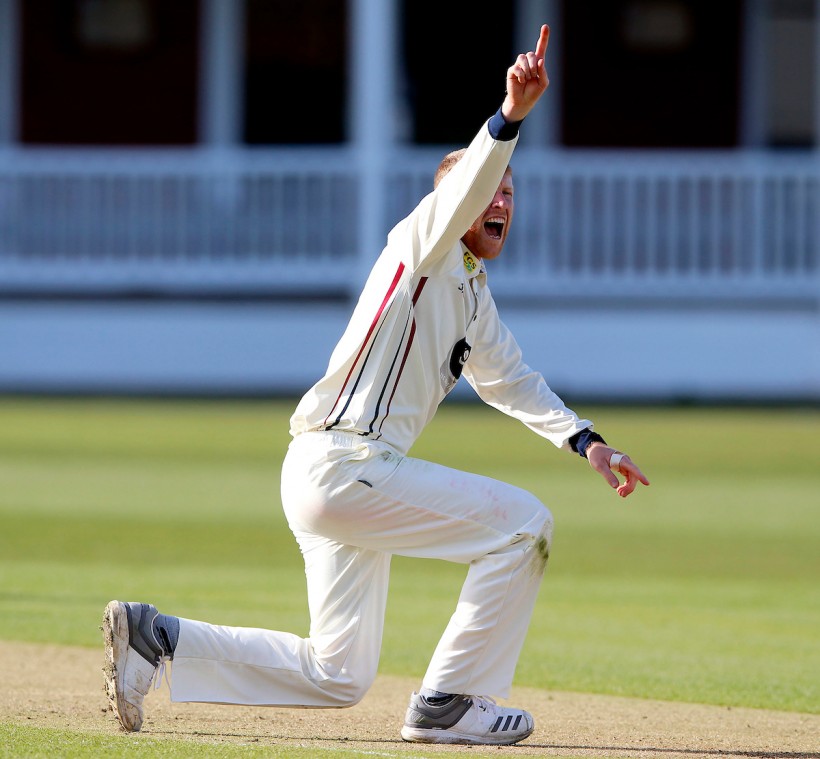 Interim coach Will Gidman blooded several youngsters in the fixture as Kent bounced back from a first-innings deficit to impress with bat and ball on days three and four.

Batting first, Kent posted 305 with triallist Aizaz Khan top-scoring with 61 and Miles Richardson hitting a valuable unbeaten 47 as the visitors recovered from 142 for six.

Former Kent seamer Charlie Hartley, who has had trial spells with Durham and Derbyshire, took five wickets for the hosts.

In reply, uncontracted Chesney Hughes hit a dominant 164 as they earned a 58-run lead.

Adam Riley took 4/108 in 35.2 overs and there were two wickets apiece for academy scholar Tom Davis and Beckenham’s Will MacVicar.

Academy scholars Kashif Ali (40) and Jordan Cox (63) impressed before Aizaz Khan (70) helped Kent set up a declaration on the final morning to set Derbyshire the target of 392 to win.

Adam Riley made early in-roads with a superb spell of 4/8 in six overs before lunch as Derbyshire slipped to 56-5 at the interval.

Hassan and McKiernan shared a century stand before tea until Aizaz Khan broke the deadlock and Riley returned to complete his five-wicket haul.