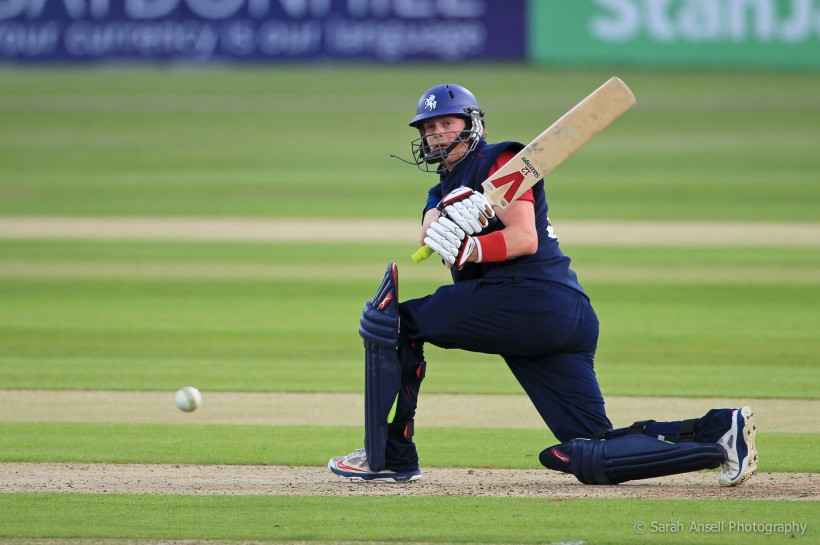 Wicketkeeper Rouse joined Gloucestershire on a month's trial last week and marked his second T20 game for the county with a brilliant innings, which included three fours off the last over of the game, bowled Australian international Doug Bollinger.

Gloucestershire looked to be out of contention when reduced to 101 for six in the 16th over, but Rouse received good support from Jack Taylor and Tom Smith to secure Gloucestershire&apos;s third win in the competition this season.

Earlier, a sparkling 75 from Sam Northeast, which included five fours and four sixes, had dominated Kent&apos;s total of 150 for six on a slow Bristol pitch.

After being put in by acting Gloucestershire captain Alex Gidman, Kent took 40 off the six powerplay overs for the loss of skipper Robert Key, who departed for 14 when David Payne had him caught off a leading edge by Graeme McCarter at mid-off.

Daniel Bell-Drummond and Northeast appeared to be setting Kent up for an imposing total as they took the total on to 94 in the 12th over, before Bell-Drummond fell lbw to slow left-armer Smith.

Northeast looked in excellent form as he plundered three fours and three straight sixes on his way to a 35-ball half-century, but no-one else was able to offer him the support needed as Kent&apos;s innings faltered in the closing overs.

Darren Stevens and Alex Blake skied catches to Jack Taylor, at backward point, and Ian Cockbain, at long-off, to give wickets to Benny Howell and McCarter, respectively.

Northeast added another two fours and a six over long-on to his tally before he was out leg before to McCarter with eight balls of the innings remaining.

Payne conceded just five runs off the final over, and the left-arm seamer took his second wicket when Sam Billings struck a full toss to Alex Gidman at extra cover.

Gloucestershire&apos;s chase was undermined by the loss of two wickets in three balls during the third over, as Mitchell Claydon held a waist-high return catch to dismiss Alex Gidman and had Chris Dent caught behind by Billings.

It became 36 for three in the sixth over when Hamish Marshall chopped a Bollinger delivery on to his stumps to depart for 10.

Cockbain made 18 before he was caught behind by Billings, standing up to the medium pace of Adam Ball, and with Darren Stevens giving away just 14 runs off his first three overs, Kent&apos;s grip on the game was starting to tighten.

Three sixes in seven balls, two by Will Gidman and one by Howell, threatened to loosen it, but Claydon struck with his first ball back at the Ashley Down Road End when Howell was caught by Ball, running in from long-on.

Will Gidman was bowled by Tredwell for 22, but Rouse and Taylor kept Gloucestershire in with a chance with some superb strokeplay.

Taylor made 19 from ten balls before he was bowled by David Griffiths with nine balls left in the innings.

Twelve were required off the last over and Rouse got the job done with boundaries off the third, fourth and last balls.