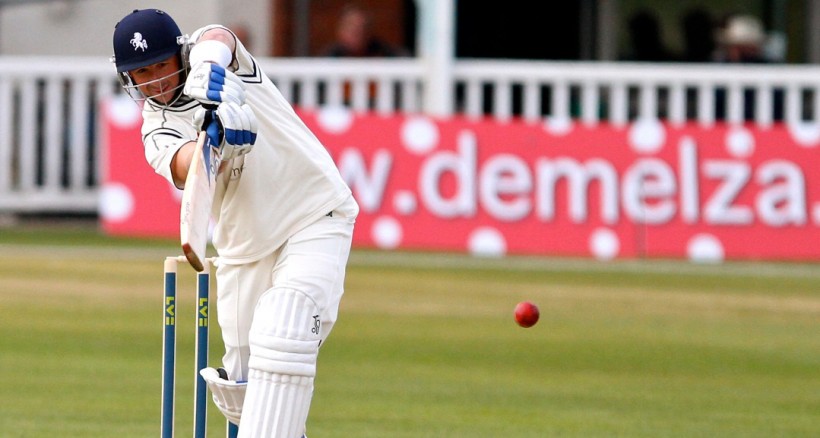 After a winter stint playing cricket in New Zealand with Otago, Kent’s player of the season, Darren Stevens, is looking forward to getting back into the swing of things with the county. With fitness testing underway tomorrow, Kent Cricket talks to ‘Stevo’ about all things cricket and his hopes for the forthcoming domestic season.

Despite suffering relegation to division two of the LV= County Championship last season, all-rounder Stevens was picked-up by the Otago Volts to showcase his fine t20 talents in New Zealand’s domestic campaign. In the end, the big-hitter didn’t make as many runs as he would have liked but still clearly enjoyed his spell on the other side of the world: “It was a fantastic experience for me. The cricket was far better than what I was expecting. The pitches were fantastic, in terms of consistency, with good pace and bounce. I was chuffed to be asked to stay on for the one-day competition; especially with the England World Cup squad being picked at that time. All in all, it was a good trip. I was a bit disappointed that I didn’t do as well as I wanted to but, all being well, if talks go well then I will go back.”

The 34 year-old had plenty of playing time out there but still managed to find time to explore the sights, something which he seemed to make the most of: “I found it an unbelievable country to visit. The south island is a lovely, picturesque place with so many nice views. It is simply stunning; there is beautiful scenery everywhere you look. I saw all the pictures in the brochure but the place was actually just as nice as it looked. All the recent problems have hit the country hard but it is a real beautiful place.”

Before pre-season kicks off for real tomorrow, the right-hander managed to sneak in some final winter sun, with a trip to Dubai: “I enjoyed the trip out there with the Lord’s Taverners. We played two games of cricket against the Emirates and it was good to get a bit of sunshine on my back as there wasn’t much in New Zealand. It was my first visit there; I have travelled through but never stopped off in Dubai. Jonesy (Geraint Jones), Matthew Hoggard, Steve Kirby and Chris Adams all went on the trip plus Chris Cowdrey and Martin Saggers.”

With the players most dreaded time of the year coming up, as Strength and Conditioning Coach Pete Kelly puts them through their paces in preparation for the 2011 summer, Stevens is surprisingly looking forward to getting back to the hard grind of fitness work: “I’m getting back for fitness testing, here at the Club. It will be my first bleep test for a few years because I’ve been playing away until the start of the season but I’m looking forward to getting involved with the boys again this year. It helps having Pete (Kelly) around, it is good to keep on top of fitness and strength as the season is long and tough. I cannot wait to get going again now as there isn’t long to go until the start of the season.”

Like many players and supporters alike, the main aim for 2011 is simple for Stevens – promotion back to division one after last season’s demotion. However, with a reduced playing squad and a lot of belief placed in youth, he is under no illusions how tough it will be for the county to get back where they belong. Stevens though is happy with his own form and looking forward to getting back in a Kent shirt: “I’m feeling really good as I’ve worked on a few basics over the winter. I have worked a lot on my bowling as I might have to do a bit more again this summer. I’m in a good place at the minute. I’m very excited about the season; hopefully we can bounce straight back up in the championship and everyone knows that we are a good one-day unit. We need momentum by putting together some results. As things stand, I think we are a bowler missing. We need RJ (Robbie Joseph) to stay fit and Azhar (Mahmood) is looking nice and sharp. If those two can get involved regularly then it will be fantastic for the team. I got quite a few overs under my belt last year and I think it will be the same again this year.”

The former Leicestershire man had a heavy workload last season. With an injury hit bowling attack, Stevens was asked to take the new ball towards the end of the season and performed admirably with his medium pacers, collecting 28 division one scalps at 27.42. If asked to do so again this season, he is confident he will be able to deal with the rigours of being an integral part of the team in all departments: “Last year I didn’t bowl too much early season and the runs were flying so I think the bowling did affect my batting. My runs dried up and it was really disappointing after the start I had. As everyone knows, bowling does take it out of you and I probably shouldn’t have played the last couple of games of the season. Still, I’ve upped my core strength, especially in my legs, and hopefully it should get me through the season.”

Much to the delight and relief of the Kent members, the county’s talisman signed a contract extension keeping him at the St Lawrence Ground until the end of 2012 and it was something Stevens was happy to finalise: “I’m pleased that we got it all sorted. It means I can just concentrate on my cricket now that my playing contract is sorted long-term.”

With the World Cup currently taking place in India, Sri Lanka and Bangladesh where big scores look set to be prominent in the tournament, Stevens was in the thoughts of the national selectors. The powerful hitter was named in the original 30-man squad, alongside team-mate James Tredwell, but, unlike the spin bowler, he unfortunately never made the final cut despite a late injury to Eoin Morgan. Stevens feels that he has done enough in his career to be given a shot on the international stage: “It is disappointing that I didn’t get the opportunity at the World Cup. I was given a chance with the Lions, which I wasn’t expecting, did well and viewed it as a stepping stone. I thought there would be every chance that I would get a go. I couldn’t have done any better with the Lions. I got one call from Geoff Miller to tell me that I was in the 30 but I’ve not heard from anyone, within the England set-up, since that call. If I’m honest I wasn’t expecting to get the Lions call or a World Cup spot but it would’ve been nice to join Tredders in the party.”