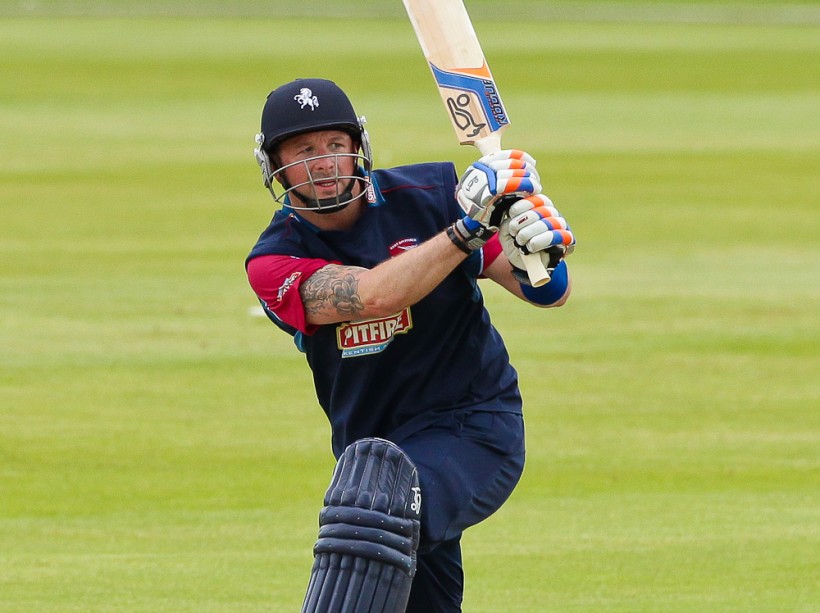 Kent’s first Friends Life t20 match of the season against Middlesex at Canterbury this Friday marks the 10th anniversary of the first ever matches in the short form of the game, which is still proving as popular as ever with supporters and players alike.

In their first Twenty20 match on Monday June 16, 2003, Kent played Hampshire at Beckenham and won by six wickets. The game still lives long in the memory because of a whirlwind match winning innings by overseas star, Andrew Symonds, who was 96 not out in Kent’s total of 147 for 4. He batted for just 45 minutes and scored his runs off 37 balls with 14 fours and three sixes.

Kent had won the toss and put Hampshire into bat and the visitors scored 145 for 6 from their 20 overs, but Symonds sensational knock that followed saw victory achieved in a mere 12 overs.

A decade on, Twenty20 has changed dramatically and has become a worldwide international brand with blanket television coverage and sponsorship, and a financial boost for hard up counties, and has never lost its appeal, although some cricket diehards still refuse to accept the concept.

Six of the players who took part in that first match are still successfully plying their trade out in the middle. In the Kent side that day in 2003, were current skipper James Tredwell, and vice-captain Geraint Jones. Peter Trego, now playing at Somerset, Michael Carberry (Hampshire), whilst in the original Hampshire team were Simon Katich (Lancashire) and Dimitri Mascarenhas, who has specialised in this type of cricket playing around the world.

The Kent team for that first venture into the unknown was captained by David Fulton, now a regular cricket reporter for Sky, Mark Ealham, who is still involved with the county as a bowling coach, Matt Walker, now second team coach at Essex, Greg Blewett, also a TV cricket analyst, Mark Dennington, who played for Bromley in the Kent League when he left the county and Alamgir Sheriyar.

The concept of Twenty20 a decade ago was very different for the players to what they had experienced previously. David Fulton said it was explained to them that it was based on the type of cricket the paying customer wanted to see and had a fun element about it.

For Fulton it was something of a culture shock. It was not his forte and he was returning to the side after being out of action for some time with an eye injury. Tactics had to be very different from the four day game, with options being tried like spinner Tredwell opening the bowling and an emphasis on field placing; “The competition in general has been a shot in the arm for the game”, said Fulton “It has given good players the opportunity to make different kinds of shots when batting and bowlers to improve their skills, because every ball counts. Players who could improvise flourished”.

The drawbacks, thinks Fulton, have been that some players have tended to concentrate solely on the one day game to the detriment of their own careers and Test Match and four day cricket, but he feels the advantages outweigh the disadvantages. It is important, however that the game does not get to the stage of overkill if it is to continue to flourish.

Former Kent captain, Mark Ealham, who now coaches cricket at Kings School, Canterbury, still vividly remembers that first game as he batted at the other end for part of Symonds innings, as the Australian smashed the ball to all parts of the ground;

“It was a blistering attack and a virtual one man show”, he said. “When Twenty20 was first introduced there was a casual attitude about it but it has since got much more serious and intense.”

With county cricket structured as it is today, Ealham feels it is more difficult for the players to adjust. “This season Kent have two county games in the middle of the Twenty20. The preparation over a short space of time is very different”.

Meanwhile Kent supporters will be hoping they may see a repeat of the fireworks that exploded in that first match 10 years ago, when the Middlesex match comes round on Friday June 28th, and the county are hoping for a bumper crowd, with the game being played under the Canterbury floodlight at the Spitfire Ground, St Lawrence; another innovation that has highlighted the success of the competition.

Click here for the scorecard from the first Kent Twenty20 match

If you have yet to secure your Friends Life t20 tickets for the 2013 campaign, click here to purchase– don't miss the action!