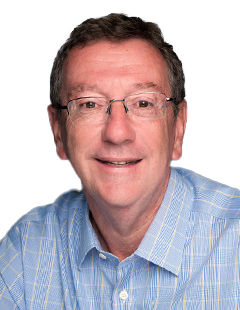 Brian was born in Beckenham, into a Kent cricket loving family.  The family moved to the Midlands when Brian was twelve but he returned to Kent when he went to the University of Kent in the early 1980’s.

After University, he moved back to south London when he joined PriceWaterhouseCoopers.  After qualifying as a Chartered Accountant, he spent three years in Melbourne with PWC and then on returning to London, he took on Director level roles with two Plc’s that were in the sports clothing business: HI-TEC Sports and then Pentland (owners of Speedo, Ellesse, Berghaus and many other brands).

Brian joined the ECB as Finance Director in 2000 and was there for 15 years.  He was the first executive director to be appointed to the main Board.  He is now Deputy CEO of Swim England.

In a voluntary capacity, Brian was on the Council of the Lawn Tennis Association for six years, his roles including vice chair of the national performance committee.  He is currently the European representative on the Ethics Commision of the International Tennis Federation.