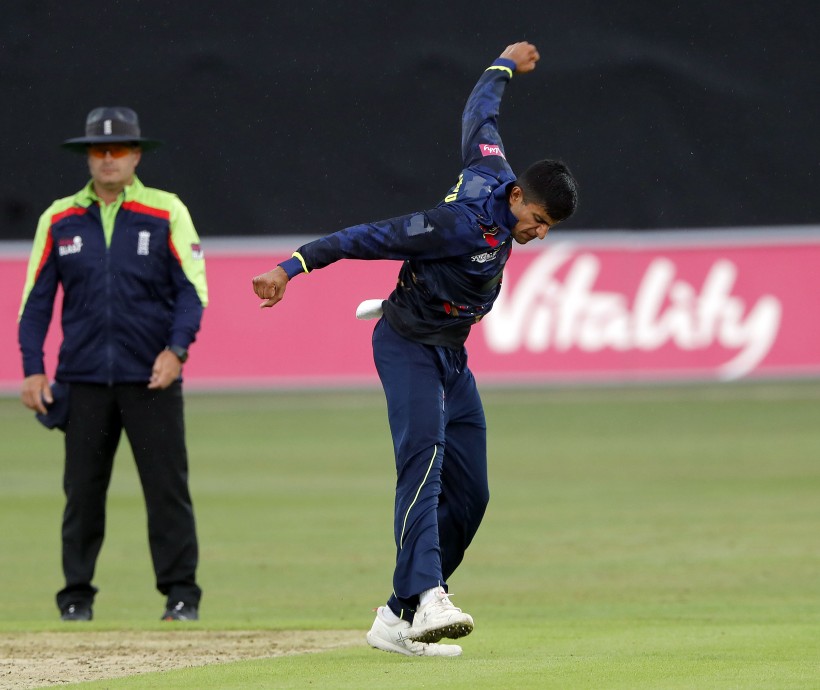 Surrey posted 250-6 in 20 overs in constant drizzle as the Spitfires attack struggled to control the wet ball as T20 world record holder Adam Finch hit 83 off 38 balls with opening partner Rory Burns smashing a 27-ball 50 in a stand of 120 in nine overs.

Click here to book tickets to save on gate prices >

The hosts were unable to chase a record total to claim a fifth Vitality Blast match of the season after Adam Milne (0/35) was the most economical and Imran Qayyum claimed a career-best 3/40.

Kent made one change from their victory over Hampshire, Adam Milne returning from injury in place of Harry Podmore. After Surrey captain Jade Dernbach won the toss and decided to bat first, Rory Burns and Australian international Aaron Finch took full advantage of the six over powerplay. Finch, fresh from a devastating 131* from 79 balls against Sussex, proved a particularly difficult test for the Kent attack, as skipper Sam Billings was forced into rotating his bowlers early on.

Burns and Finch reached the 100 mark after just seven overs, but Mitch Claydon helped stem the Surrey tide, with two tidy overs going for a mere eight runs. At the other end, Calum Haggett made the breakthrough, as Burns nicked behind to Billings the ball after reaching his half-century.

Burns’ replacement Nic Maddinson made it an all-Australian affair at the crease for the visitors, as Finch continued to display his power hitting. It fell to Qayyum to take the crucial wicket, as Finch finally missed looking to hit big into the leg-side, and was bowled for 83. New batsman Ben Foakes found himself out in exactly the same way, again to Qayyum, for just 15 soon after.

As Rikki Clarke and Maddinson looked to push on, Qayyum struck again, Sean Dickson catching well in the deep. Haggett found an edge for the second time in the innings, as Maddinson fell for 29, caught by Billings.

Sam Curran and Ollie Pope looked to see Surrey over the line and, despite some neat bowling from Milne, set Spitfires an imposing target of 250, Pope (34) chipping to Carlos Brathwaite off Claydon’s last ball in the 20th over.

Rain meant Kent could not resume the second innings, and will have to wait until next Friday’s match against Sussex for more Vitality Blast action.

Click here to book tickets to save on gate prices >