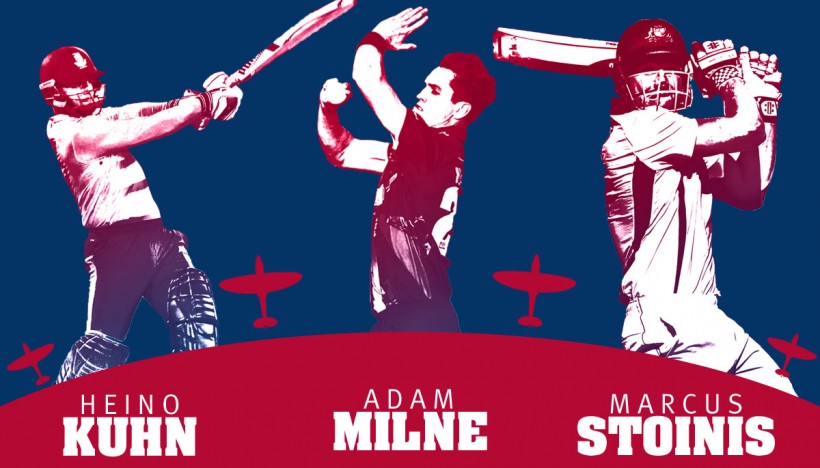 West Indies captain Carlos Brathwaite will join the Spitfires squad for the trips to Surrey, Somerset and Gloucestershire before the first home match against Hampshire at The County Ground, Beckenham on Friday 13 July (5.30pm).

The Spitfires will also have the services of New Zealand paceman Adam Milne and former South Africa batsman Heino Kuhn for the tournament and both men have each won overseas domestic T20 titles as have Spitfires regulars Billings, Joe Denly and Darren Stevens.

Billings, who was instrumental in attracting Kent’s overseas stars, said: “We saw what a huge asset Milney could be last summer and it’s great to have continuity with overseas players as it’s hard these days with the amount of international cricket in the schedule.

“He settled into the squad nicely and his demeanour to very similar to Matt Henry: a very competitive man and a team player. He has raw pace and can bat too, very useful assets in T20.

“I’ve had the pleasure to play with and against Carlos and I’d rather be on the same side! He’s a fantastic character which has been a theme in the overseas players we’ve brought in to set the tone and add to the group.

“He is a brutal striker of a cricket ball and his bowling is hugely improved, particularly during the tougher overs. As a captain, it’s great to have options during the death overs and he’s a real athlete with a great pair of hands in the field.”

After the Barbados blaster departs home, he will be replaced by Australia all-rounder Marcus Stoinis who was recruited by the Kent captain during England’s tri-series Down Under.

“Marcus had a few options on the table but he stayed with my family when he played second XI cricket at Kent and I persuaded him to come back over dinner in Australia.”