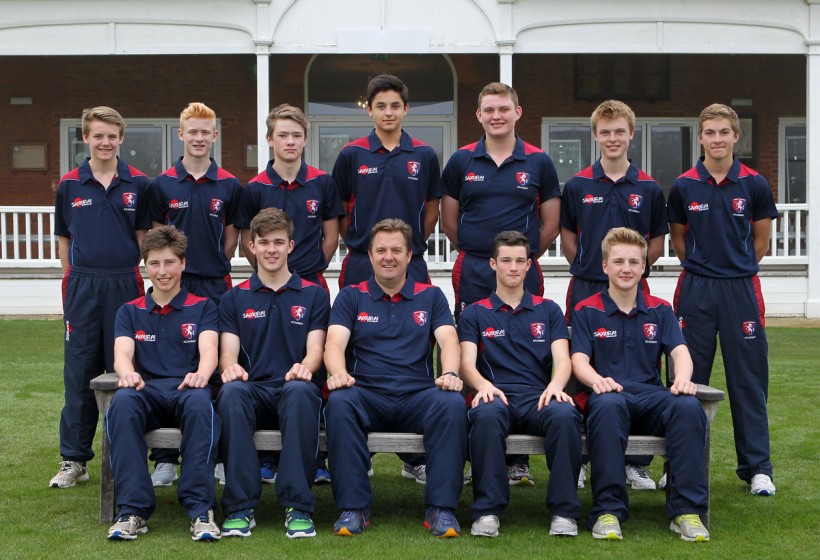 Teen leg spinnerJan Grayis one of several Academy players training at the ICC Academy in Dubai this week as the scholars step up their preparations for the 2016 season.

There has been no respite since week took off from Heathrow last Wednesday. We arrived at about 10am and were thrown, along with our eight Essex counterparts, straight into the action.

We started with an outdoor nets session at the ICC Academy in Dubai accompanied by the local net bowlers, who had very generously offered to give our bowlers a more manageable two-hour period.

So far we have trained on the English wicket that has had its soil flown in from the UK in order to create the most realistic experience possible. Luckily for use we did not have to contend with the infamous British weather.

The wind continues to howl, the sun beats down, and still we cannot find any natural water. Fortunately we're staying in a hotel.

Much has occurred since we signed off last and many balls have been bowled, hit and caught.

We spent Sunday at a water park which was exceptionally good fun. However, seeing as this is a cricket blog, we won't bore you with the details. However, we would like to thank the administration for this lovely opportunity of an outing.

Monday morning was business as usual with a hard gym session followed by some consequence nets on the special WACA-soil wickets prepared for us which have a stark contrast to the slow, low English soil wickets we'd become used to.

It was nice to see some carry for the seamers, even if we don't get to see it in the English summer!

That evening, we were lucky enough to visit the world-famous Dubai Mall and, of course, to get an amazing view of the Burj Khalifa, the tallest building in the world.

Here we were given a firm reminder that, while Dubai has recently gained fame for its cricket facilities, we are at the centre of a global powerhouse.