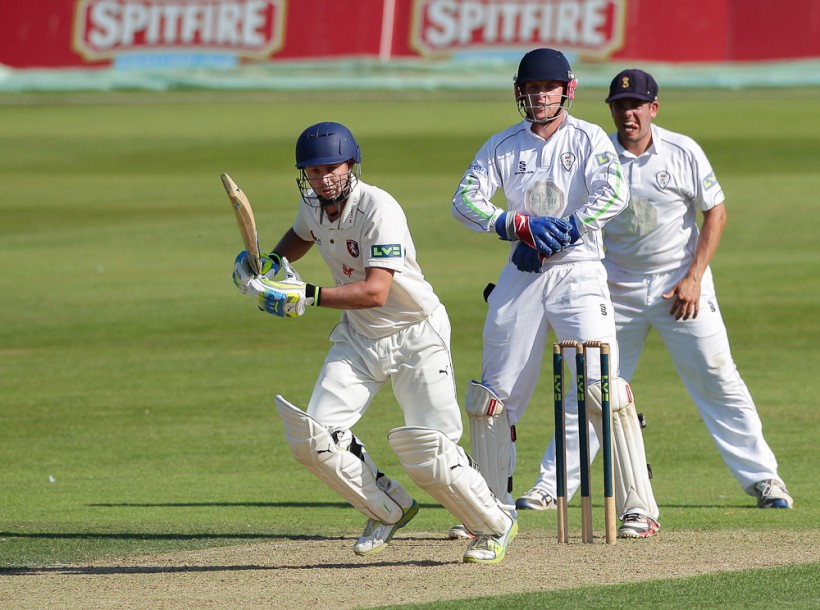 The last couple of weeks have given me chance to catch my breath and start to look at life after my cricket career ends.

On Monday, I start a six week internship up in London for a company that generates sponsorship in the sports sector. I guess I will be starting as the tea boy, but it gives me two weeks in three divisions of the firm (Activation, Consultancy and Commercial) to give me a look at what kind of role I might like once my cricket career does end.

It’s as much of ruling out as ruling in at this stage. What I don’t want to do, is get to a point at the end of my career and then try and work out what I want to do. I want to try and plan a smooth succession.

We have got a guy from the PCA that works with us a Personal Development Officer, Simon Ecclestone, and he is there to help us with situations like this. It was mad not to use him and I know I want to still be involved in sport when I finally give up cricket.

The company has companies come to them looking to find best value of where to sponsor in the sports area and I believe one of my roles will be to help develop the relationships between the two companies.

They have just launched a project with the QVE autumn internationals and that might be something I will be involved in along with some British Cycling stuff.

It’ll be hard over these six weeks leading into Christmas, especially not seeing much of the family, but I knew I needed to do it and Jen and I spoke about it at length.

The downside is that I had signed up to do some coaching and then this opportunity came along, so I think Treddy will fill the void where I can’t do it (assuming he doesn’t end up in India).

I’ve agreed though that I can have a few days off to make sure I can complete my Benefit year arrangements, which means I get to see a few more faces before Christmas.

Away from cricket, I’m still playing hockey most weekends for Canterbury Griffin and last weekend I scored twice. From about five yards out I’m lethal!

I’m still picking up new skills and I love it as it keeps me active. I’m still learning the rules and on Saturday I should have scored a hat-trick, but as I went around the keeper, my stick skills weren’t quite good enough and the ball got stuck underneath me and I ended up falling over.

The umpire thought the keeper had taken me out and gave a penalty flick. I was honest though and managed to persuade the umpire that I had just fallen over.

I did have a bit of a go and said we weren’t playing football. Being honest in any sport is part of the game and I’m playing hockey to enjoy it. I’m competitive, but I want to make sure it is fun as well.

I know it will help with my fitness through the winter and it’ll keep my hand/eye coordination going. When Keysey talks about hockey, he says he can see when guys have played it from a young age because of the way their bottom hand comes into shots.

I’ve also been back in the gym again this week and Pete Kelly has set us various things to do. We’ve been doing a bit of boxing and have got some sprint sessions to do, so I think that will be the hardest part of the next six weeks, keeping the fitness going.

Nimmo has got himself a new bit of kit at the ground which means you can run with only about 20% of your bodyweight going through you, so that’s been good for some of the guys to use.

I haven’t had a go yet, but Nimmo is certainly one for a new toy!

Finally, I can’t blog without mentioning the upcoming Test series between India and England.

I think it will be a tough tour as it always is when you go to India. Graeme Swann should play a massive part and hopefully everything ends up working out fine back at home.

As for a prediction, I will sit on the fence and go for a draw!