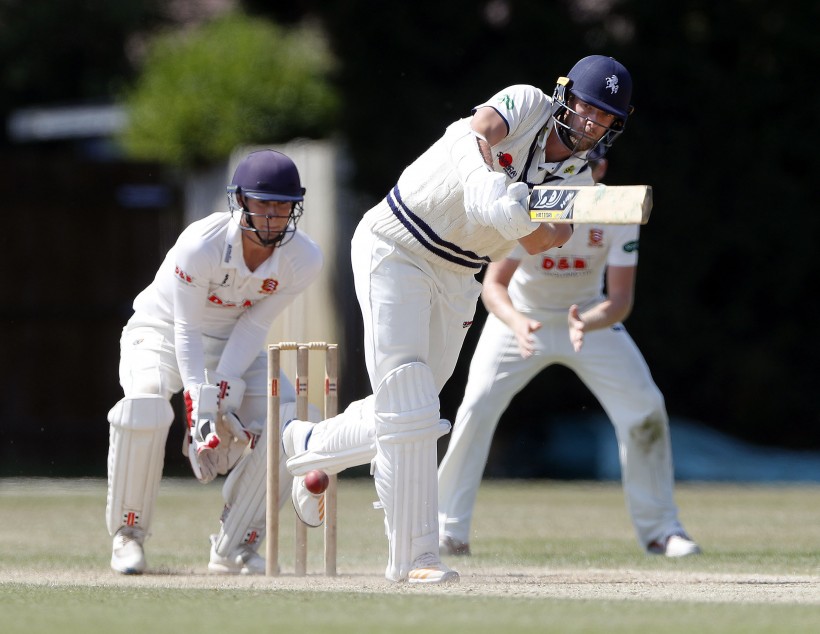 An unbeaten 119 not out by opening batsman Sam Burgess and 62 from MCC Young Cricketer, Rahib Ali, helped Kent Second XI to a creditable draw in their Championship match with Essex at Tunbridge Wells, after they had been forced to follow on in their second innings.

Burgess, who has played for Berkshire, hit 18 boundaries in his 199 ball century in Kent’s second innings score of 202 for 2 at the close of the game after 24 overs had been lost to the wet weather on the final day. The second wicket pair denied Essex any chance of victory with a partnership of 138 in 40.1 overs.

In their first innings Essex scored a massive 449 for 8 declared, having been 216 for 7 at one stage, thanks to a brilliant record breaking eighth wicket partnership of 233 by Shane Snater, (149), and wicket-keeper Will Buttleman (80).  Kent’s medium pace bowler Justin Watson finished with respectable bowling figures of 5 for 60.

In reply, Kent were all out for 290 despite a useful eighth wicket stand of 127 in 37 overs between Jared Lysaught who  scored 82 and Adam Riley 41 but the home side missed the follow-on target by 10 runs to trail by 159. The second innings batting performance, however, ensured a second championship draw of the season.

The two sides meet again today (Friday) in a 50 over Trophy match at the Nevill Ground, Tunbridge Wells.