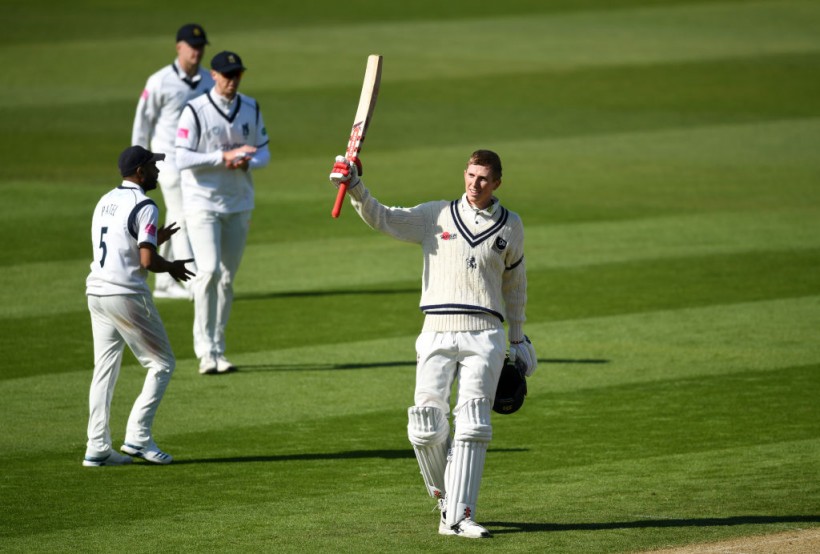 Zak Crawley led the way with a polished century as Kent took the advantage on the opening day against Warwickshire at Edgbaston.

In the clash of the two newly-promoted Specsavers County Championship Division One sides, Kent chose to bat on a pale, true surface and closed the first day on 367 for five.

Kent batsmen made Warwickshire’s bowling attack toil hard for success and captain Heino Kuhn (72, 97 balls, 12 fours) and another Kent Cricket Academy graduate, Ollie Robinson (59 not out, 104 balls, nine fours), cemented their team’s advantage after tea with a fifth-wicket stand of  119.

Kent’s batsmen applied themselves well and have the makings of a total from which to impose some serious scoreboard when Warwickshire go in.

Kent had no hesitation in choosing to bat first and seizing an opportunity for their batsmen to assert themselves and build some confidence. They started strongly as Crawley added 82 in 22.2 overs with Sean Dickson (31, 73 balls, four fours) and 87 in 27.1 overs with Matt Renshaw (87 balls, six fours).

Dickson was the only man to fall in the morning session when he steered Ryan Sidebottom to Liam Banks in the gully.

From the strong platform of 169 for one, Kent had a tougher afternoon session, when three wickets fell in 53 balls. Renshaw became Craig Miles’ first victim for Warwickshire when he edged the former Gloucestershire man to Tim Ambrose. The wicketkeeper soon swooped twice more, pouching Daniel Bell-Drummond from a outswinger from Henry Brookes and Crawley who inside-edged skipper Jeetan Patel.

At 204 for four, the day was in the balance but Kuhn and Robinson batted positively and with assurance.

Kuhn fell lbw to Miles with the second new ball but 20-year-old Robinson recorded his maiden first-class half-century (81 balls, eight fours) and has power to add on the second morning.