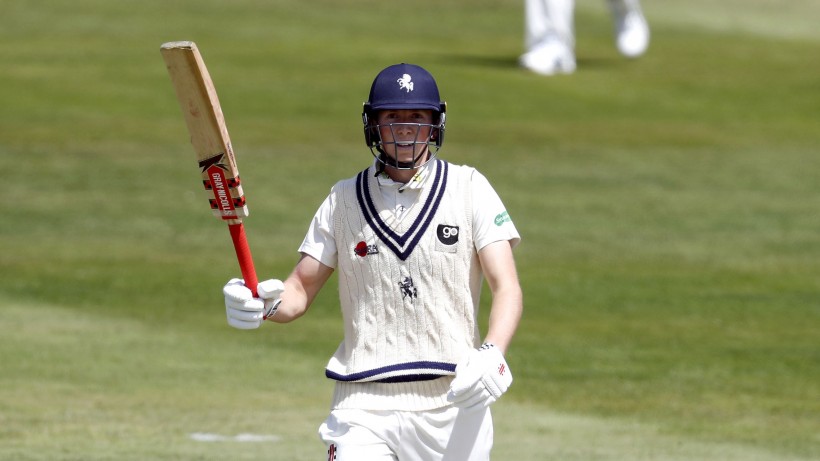 Kent Cricket has joined the #raisethebat campaign, which highlights key workers from the world of cricket who have helped to support their local community during COVID-19.

Key workers who have been nominated by their cricket clubs will be featured on over 300 billboards across England and Wales. Meanwhile the whole cricket family has been asked to shine a light on the many more key workers who deserve recognition by using #raisethebat on social media.

The campaign features billboards with England cricketers, including World Cup winners Heather Knight and Moeen Ali, raising their bat in recognition of these amazing people. The players have also paid tribute with personalised video messages to nominated key workers who are local to them.

Kent Cricket and the ECB are asking people to use social media, and the hashtag #raisethebat, to share stories of other key workers within the cricket family who deserve recognition.

He features alongside other unsung heroes across the country, including: Holly Buxton, Club Secretary at Calder Grove Cricket Club in Yorkshire, who has formed a COVID-19 Workforce to support the vulnerable in her community and Dr Nasir Ali, who is an Emergency Medicine Consultant at the Queen Elizabeth Hospital and Safety Officer and Event Doctor at Edgbaston Stadium.

“She has shown patience and encouragement to all our players and has captained the side brilliantly. As a new team we are so appreciative of her sharing her knowledge and experience with us.

“As you can imagine the respiratory wards are very busy, and I know that Katie will have been working hard.”

On Dawn Chandler: “Dawn has become an honoury ‘Swan’ at Town Malling through bringing her two daughters to play for us.

“Both girls are an integral part of our growing ladies team, and Dawn is a real cricket Mum. She brings the girls to all our training session and matches. Perhaps more importantly, she can score!

“Both she and the girls always help tidy and clear up. Dawn also sits on our ladies committee and brings her excellent knowledge of cricket for us all to learn from. We secretly hope that she will pick up a bat at some point.”

Reculver CC’s Richard Freeman, a Police Officer, has also been nominated. His Club nominated him because: “Richard is a full time Police Officer and has continued to work non-stop during this period of lockdown without any form of complaining at all.

“He is also a father to two cricket mad boys who has not only been helping to home school on a daily basis, but has also been helping to keep up with their training as much as possible when he’s not sleeping between shifts and working.”

#raisethebat is part of the game-wide Together Through This Test initiative which was launched to support and celebrate the cricket family during Covid-19.

Clare Connor, ECB Managing Director of Women’s Cricket, who is leading the campaign said: “It has truly been humbling to read the nominations which have shone a light on the tireless work of nurses, teachers, care workers and supermarket staff who have responded to this crisis without hesitation.

“We know there are many more unsung heroes out there so we’re encouraging people to highlight the contribution of anyone from their cricket club or community who they feel deserves recognition.”

Use social media, and the hashtag #raisethebat, to share stories of other key workers within the cricket family who deserve recognition.

The #raisethebat campaign is set to run until July 8.

Visit ecb.co.uk/covid-19 to find out more about resources available to you and how you can get involved in cricket-led community initiatives in your region. 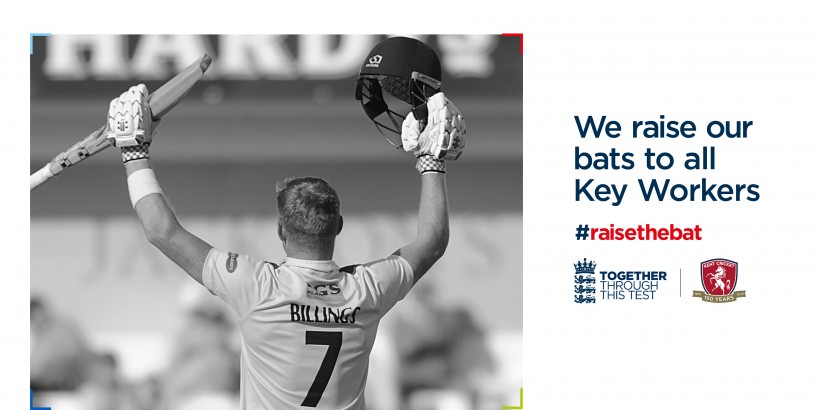 Matt Walker: “I’m really looking forward to getting back to business”