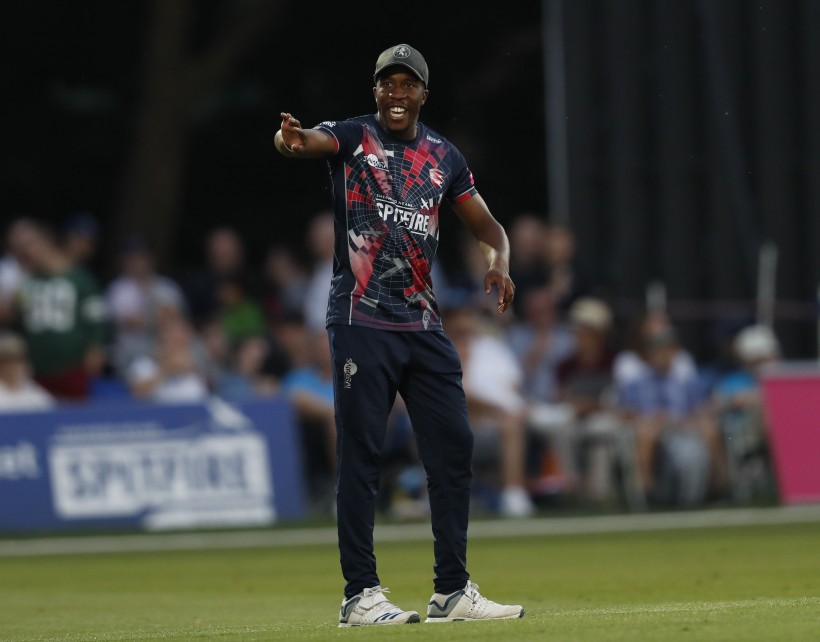 The next time you watch Kent opener Daniel Bell-Drummond going about his work at the crease, listen carefully and you may hear him shout to his partner; viens un (come one), attendre (wait), or recherchons deux (let’s look for two).

That’s because the former England Under-19 and Lions batsman has spent some of his time at home during the Covid-19 lockdown brushing up on his French.

The 25-year-old right-hander last studied the language during his days at Millfield School in Somerset, but painful memories of a holiday trip across the English Channel two years ago motivated Bell-Drummond to polish up on his French and his current stint on furlough has allowed him time to learn new skills.

“During the lockdown I did a few online courses, the first few were on property maintenance. I’m quite keen on the concept of buying properties, fully renovating them and then selling them on or letting them out,” said Bell-Drummond.

“I know it’s something that used to interest Simon Cook, our bowling coach, and I’ve already spoken to ‘Cooky’ about it. I don’t know where it might lead, but it is something I think I’d enjoy getting involved with.”

As for his decision to renew French lessons, Bell-Drummond explained: “I don’t think I listened too much during my French lessons at school as my grasp of the language was dreadful when I finally had to put it into practise.

“I’ve always wanted to speak another language and it may seem a bit random, but when I went to France two years ago, I found it really annoying that I couldn’t hold a conversation with anyone. It was a little embarrassing to have to ask them to speak English in their own country.

“That’s what triggered the decision to improve my French but I was also really keen just to use my furlough time usefully.”

Bell-Drummond also added to his air miles during our close-season by returning to Sydney, Australia to play for the city’s famous grade side Randwick Petersham Cricket Club at their Coogee Oval headquarters.

The Lewisham-born cricketer first played for the club, otherwise known as the ‘Randy Petes’, the previous winter and was delighted to take the opportunity to re-join them and play alongside the likes of Test opener David Warner, Daniel Sams – the leading wicket-taker in Australia’s latest Big Bash extravaganza, and Jason Sangha – a former Australia Under-19s all-rounder and current ‘Randy Petes’ skipper.

“I had a good season in England last year so wanted to go through the same process during my winter, so I went back to Randwick for about four months and thoroughly enjoyed it,” explained Bell-Drummond.

“I had an awesome trip. Not just on the pitch, but this time I had opportunity to meet up with old friends and to see the sights of the city. The club play at weekends and occasionally on Sundays, so there was plenty of time during the week to take a look around.

“The club has a prestigious and proud history and many Australian cricketers have played for them in the past. I played my part in helping them to win their Grade competition this year, so the trip worked well for both sides.”

Bell-Drummond added: “I know cricket fans will know the name David Warner, who played a heck of a lot for Randwick in my first season there when he was going through his ‘sandpaper ban’ from first-class cricket.

“I realise that some people hold certain views about Warner, but I can say that to me he behaved like an absolute legend and I can’t talk of him highly enough. I’ve seen and heard some of the stuff written and said about him but, in my opinion, he has helped everyone out at the club, turned up for nets when he didn’t need to be there and even set-up the team’s warm-up drills. He’s been awesome for that club and full credit to him.

“On a more personal note, I made sure to sit down with him and pick his brains. He has a lot of experience at the highest level and a lot of stories to tell. He’s a very smart cricketer and people may not understand that he thinks about his game to the levels that he does.

“He has plan in his head whenever he goes out to bat, so it was great to gauge his opinion on the game in general and, more specifically, how he goes about opening the batting in the various formats.”

During his stint in New South Wales Bell-Drummond averaged in the 50s, scoring over 800 runs during the season including a couple of centuries.

“I came home in good nick and was really looking forward to coming back to the English summer with Kent, but that wasn’t to be as bigger things were going on in the world. I’m just hoping we can all get back out in the middle sooner rather than later.”

Updated guidance for return to activity in a club setting