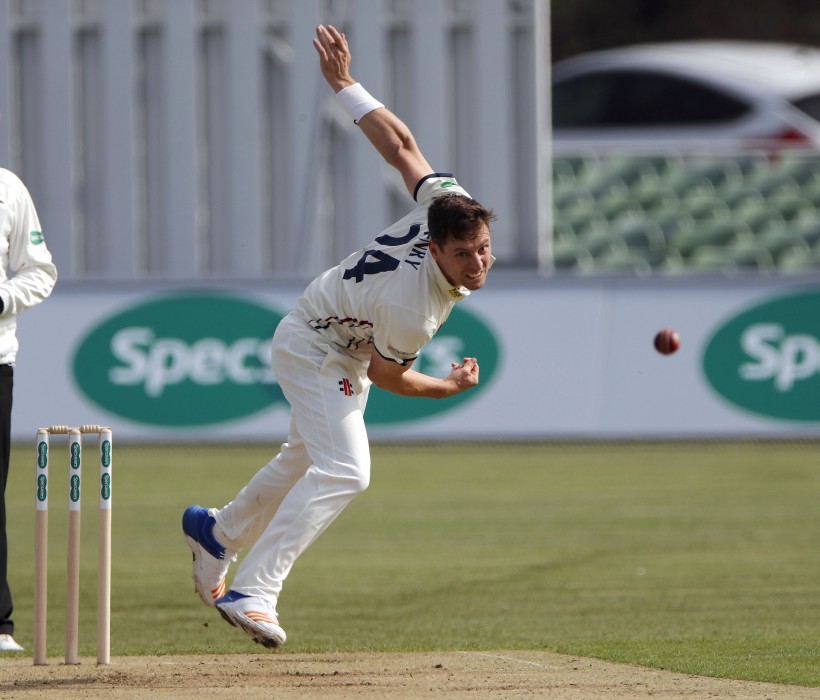 Kent Cricket is delighted to announce that New Zealand international Matt Henry will return to the Club in 2020 for the first seven matches in the County Championship.

The 28-year-old originally joined Kent in 2018 and took 75 wickets in just 11 matches in the County Championship, finishing the year as Division Two’s highest wicket-taker, with a bowling average of only 15.48.

During his time as a Kent player he achieved new first-class best bowling figures twice, firstly with 7-45 at Durham in April, before his current best of 7-42 versus Northamptonshire at The Spitfire Ground, St. Lawrence that September.

He was awarded the Club’s 215th County Cap in May 2018 after a stellar start to his Kent career, and was honoured at the end of the 2018 season with Kent’s Bowler of the Year Award.

Since his last stint at the Club, Henry featured in the 2019 ICC Cricket World Cup Final for New Zealand, taking a wicket in the match and 14 wickets in total from nine matches in the tournament.

On re-joining Kent for 2020, Henry said: “I’m thrilled to be able to come back to Kent after having such an enjoyable time here in 2018.

“It was great to see the Club perform so well back in Division One last Summer. There’s a great group of guys here and I’m looking forward to playing in a Kent jersey again in the Club’s 150th Year.”

Kent’s Director of Cricket, Paul Downton, said: “Matt is a hugely popular figure in the dressing room and also with our members and supporters.

“We are absolutely delighted that he will be joining us for the first half of the season as we look to compete and win matches in Division One.

“Matt’s ability to lead the attack, and his proven ability to take wickets in English conditions, make him a really exciting addition to our squad.

“We can’t wait to welcome him back to Kent this season.”

See Matt Henry as a Kent player once more in the club’s 150th Year, by becoming a Kent Member today >>>