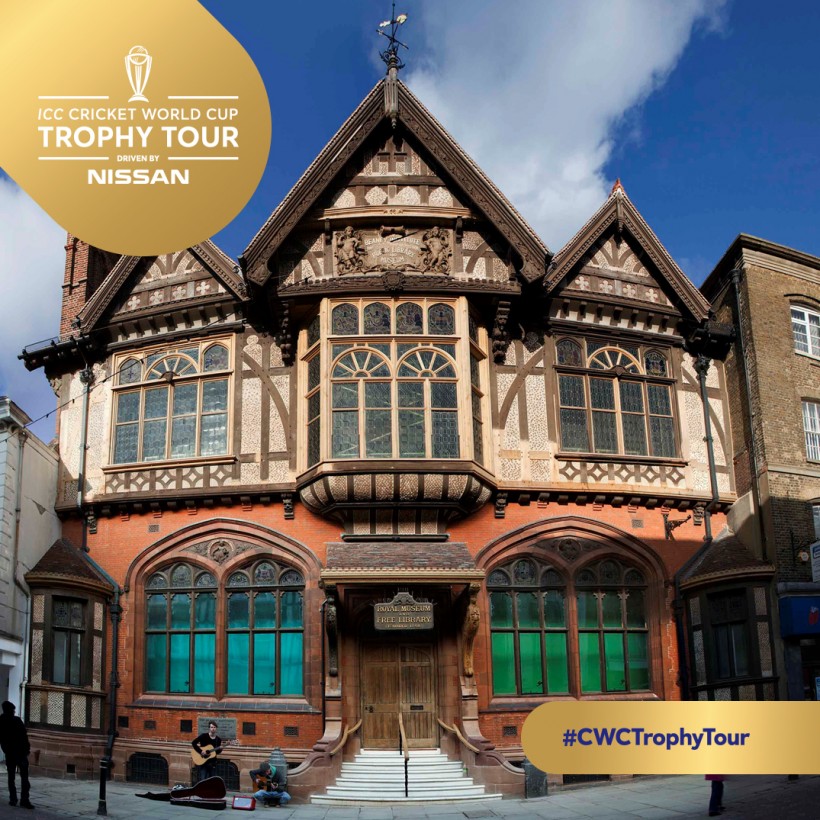 It will be on display to the public at The Beaney during the afternoon of 14 May. The exact times are still to be confirmed, but entrance will be free. The Beaney is the only public venue in Kent to host the trophy.

Situated in the heart of historic Canterbury, The Beaney is an Art Gallery, Library, Cafe and Visitor Information Centre. This award winning facility provides state-of-the-art exhibition galleries, excellent educational facilities and a varied programme of events for all ages.

The city council’s Director of Commissioned Services, David Ford, said: “It’s a real coup for The Beaney to be chosen as the only location in Kent to have the trophy on show to the general public, and we’re really looking forward to what will be such a special event.

“Of course the city has very strong cricketing links, being the home of Kent County Cricket Club, so excitement for the World Cup will already be mounting. The arrival of the trophy will mean our residents and visitors have the opportunity to be part of this fantastic sporting event.”

Working with Kent Cricket, the two organisations will invite children from schools across the district to partake in some cricket activities before getting within touching distance of the trophy on what is set to be a morning to remember.

“Our school cricket programme has continued to develop in recent years with a number of our students being selected for Kent county age group squads.

Kent’s only city has also been home to the county’s first-class cricket team, Kent County Cricket Club, since its foundation in 1870.

“It’s fantastic for the city and wider county that the biggest prize in World Cricket is coming here, with the eyes of over a billion people on England and Wales this Summer for this tournament.

“I hope to see the local community embrace this unique opportunity and it would be fantastic to see as many cricket fans as possible, young and old, visiting The Beaney whilst the trophy is here.”