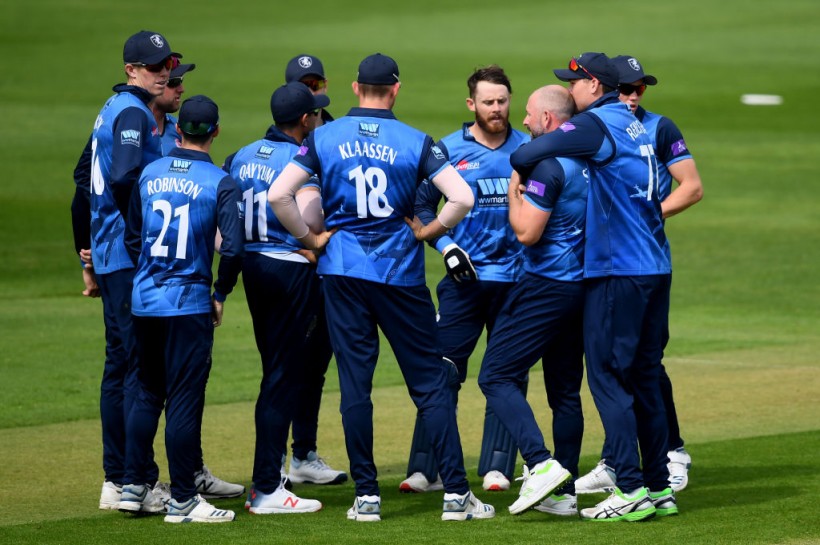 Kent Spitfires were beaten by 264 runs by Somerset in a sun-drenched Royal London One-Day Cup contest at the Cooper Associates County Ground in Taunton.

A back injury for interim Captain Heino Kuhn meant that Adam Rouse captained a Kent Spitfires side still affected by injuries to Ivan Thomas, Calum Haggett and Mitchell Claydon.

Kent won the toss and chose to bowl first – and the Spitfires were buoyed by this decision when Fred Klaassen struck early to dismiss experience Pakistan international Azhar Ali for just three runs in the fourth over.

However a stand-out batting performance from Somerset’s Tom Banton (107) helped steady the hosts’ batting as those around him fell; Darren Stevens dismissing Peter Trego and James Hildreth at the top of the order.

Counter-attacking batting performances from Lewis Gregory (51) and Craig Overton (66) put Somerset in a strong position, going into the innings break at 358/9.

Having to chase down 359 in 50 overs at a starting required run rate of 7.2 an over, the Spitfires made the worst possible start to their innings with Sean Dickson departing from the first delivery he faced in the second over.

Things went from bad to worse when overseas signing Matt Renshaw was caught in the slips after trying to keep the Spitfires’ run rate up to requirements, departing for ten from 11 deliveries.

As wickets fell as Kent tried to keep up with the high required scoring rate, Alex Blake helped rally the troops with some sublime boundaries before holing-out for 24.

The Kent Spitfires never really got going in their run chase and wickets fell at a steady rate, resulting in a score of 94 all out in 27 overs.

The Kent Spitfires will look to get into winning ways in the Royal London One-Day Cup on Sunday as local rivals Sussex Sharks visit The County Ground, Beckenham