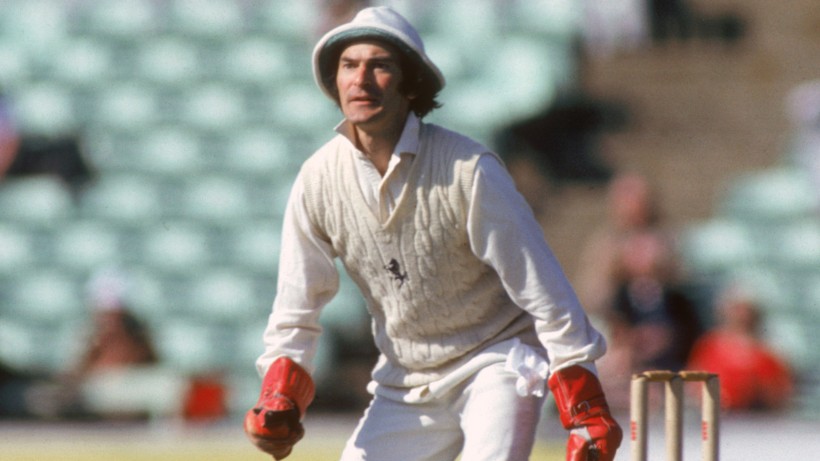 Former Kent and England gloveman Alan Knott has been crowned as Kent Supporters’ Favourite Wicketkeeper of the Era.

Members and supporters were invited to take part in a popular vote to decide the ‘supporters’ choice’ of their favourite wicketkeeper from the Club’s first 150 Years.

Hosted via a poll on the Club’s official Twitter account, the vote took place across three heats in three days, ending with a Grand Final on Monday 23rd March, where Knott saw off the competition of other Kent ‘keeping legends Les Ames (7.5%) and Geraint Jones (21.2%), picking up 71.3% of the final vote.

‘Knotty’ was in the finest tradition of Kent wicketkeeper-batsmen. During twenty-one years in the game, almost all at the top level, he gave outstanding service to County and Country.

His record of dismissals for Kent put him in second place behind Fred Huish and when he retired a sequence of some fifty years of Kent providing the England wicketkeeper came to an end.

The then County Coach, Claude Lewis and the great Les Ames, first witnessed Alan Knott in the nets at Eltham to which he had been encouraged to go by his father, a club cricketer. However it was not as a wicketkeeper, but as a slow bowler bowling both leg-breaks and off-breaks.

When he was advised to choose a specialism, Knott felt that his natural talent and promise was as a wicketkeeper and left no doubt in the mind of Les Ames after he was seen in the Kent Schools’ XI against Essex Schools stumping the first three batsmen.

He made his debut as an eighteen year-old and was awarded his Cap the following year when he won the accolade of Best Young Cricketer of the Year. In that season, and the following two, he dismissed eighty or more batsmen for Kent.

His career best season was in 1967 when, just 23 years old, and in only his third season, he achieved 98 dismissals in all matches. He dismissed six batsmen in an innings on seven occasions, six times for Kent, and against Leicestershire at Maidstone in 1977 he achieved nine in the match, all caught. In that same match he scored 109 in Kent’s second innings.

Alan Knott was meticulous in his approach to the game and in his preparation. Descriptions of him as a genius and a great professional are not exaggerated. He always sought the highest standards of physical fitness and his array of exercises on the field whether batting or keeping wicket, were themselves an added entertainment for spectators. He had firm theories about his dietary requirements.

His amazing agility resulted in many spectacular catches and stumpings and he rarely missed the opportunity for practice. Even towards the end of his career he could be found in the indoor school in mid-winter, either batting or fielding.

Like the Evans/Wright and Ames/Freeman partnerships of previous generations, it was inevitable that another would develop given the unique talents of Knott and the emergence of Derek Underwood. They played together on no less than 443 occasions for Kent and in representative matches, combining to dismiss 198 batsmen.

Knott was more concerned for his side rather than his personal reputation, standing  back to medium pacers such as John Shepherd and Richard Hills, not because he could not stand up to them but because he firmly believed that by standing back he would pick up more catches. Of course, he stood up to Derek Underwood which must have been far more difficult.

Whilst never quite achieving 1000 runs in a season for the County he did it twice in all matches. As a dashing, sometimes quirky middle order batsman, he played many memorable and valuable innings, on occasions in crisis situations. Improvising against fast bowling and using his feet effectively against the spinners, he could take bowlers to the height of frustration.

His aggregate of runs for Kent put him high on the all-time list of the County’s batsmen. His maiden hundred was scored in 1969 against Nottinghamshire on the unglamorous Works ground of Ransome & Marles at Newark on Trent.

It was to be followed by a further eight for the County, two of which were scored in the match against Surrey at Maidstone in 1972.

Both of those were not out innings, as were a further three of his nine hundreds for the County. Against Sussex at Canterbury in 1976 he recorded his highest score for Kent, an innings of 144 scored in 102 minutes. He reached his hundred in seventy minutes, the fastest Championship century of the season which won him the Walter Lawrence Trophy.

Another of his hundreds came in a match-saving innings against Essex at Chelmsford in 1982, when with Chris Tavaré he added 256 for the sixth wicket.

He was a vital part of the team in the seasons of success, winning the Gillette Cup Man of the Match Awards in the victorious semi-final and final in 1974 and a Benson & Hedges Gold Award in 1976. 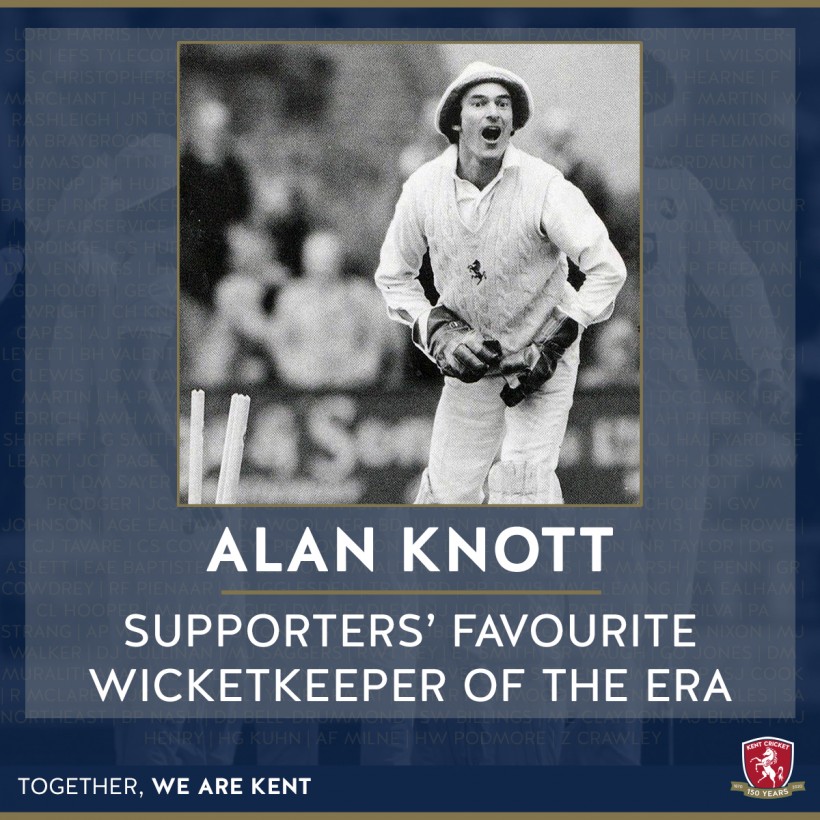