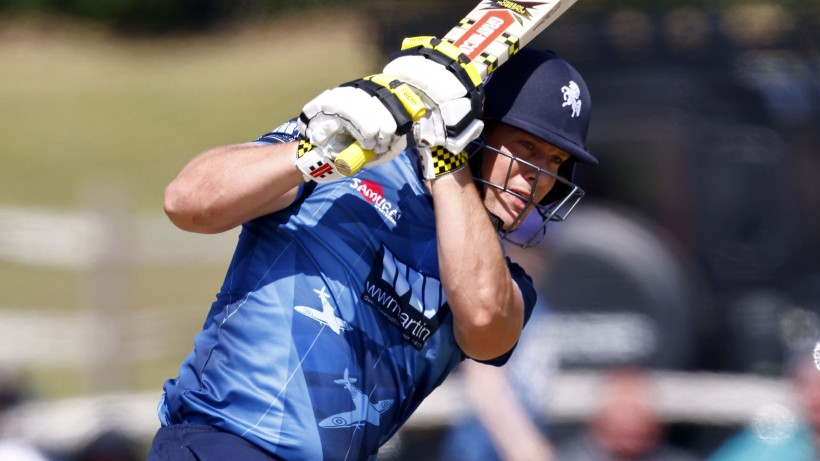 Kent Spitfires make the trip across the Dartford Crossing to take on Essex Eagles in the Royal London Cup at The Cloudfm County Ground, Chelmsford.

‘The Battle of the Bridge’ comes on the back of a frustrating no-result for Kent against rivals Sussex Sharks at Hove on Friday, despite being well above the required rate to win the match.

Scotland international George Munsey averages 102.00 after two completed matches in the competition, after 96 against Durham on matchday one and his maiden List A century on Sunday.

With the ball, wickets so far have been shared between Matt Quinn & Nathan Gilchrist (both 3), Darren Stevens (2) and James Logan (2).

Kent Spitfires were frustrated after rain curtailed chances of their first win in the Royal London Cup at Hove against Sussex Sharks.

Their Group A match at the  1st Central County Ground was abandoned in surreal circumstances with the Kent innings still 4.2 overs short of constituting a match but well ahead of the DLS par score.

There were 34.4 overs of cricket in all, which was something of a miracle with the rain and very strong winds, with the floodlights burning brightly in the gloom.

Essex have two wins in three matches so far in the Royal London Cup, with a core first-team squad remaining intact for this competition.

Both Simon Harmer and Shane Snater have seven wickets under the belts so far, both averaging under 30.

The hosts will be without seamer Jamie Porter, who has been ruled out of the remainder of the Royal London Cup with a side strain. The Eagles will also be without overseas star Jimmy Neesham and bowler Sam Cook, with both playing in The Hundred.

The England and Wales Cricket Board (ECB) will be celebrating Rainbow Laces alongside Stonewall from July 30-August 1.

It’s the fourth year the game has come together to celebrate LGBTQ+ inclusion in cricket, and this year the activity will take in the Royal London Cup for county cricket.

Kent Spitfires’ captain for matches across this weekend, Ollie Robinson, said: “We’re really pleased to be supporting ECB and Stonewall’s Rainbow Laces campaign for another season.

“Diversity and inclusion in sport has been discussed a lot in the news recently, and it’s something that needs to be encouraged across our game.

“We want cricket to be a game for everyone to enjoy as much as we do.”

“We’re driven by our desire to open up the game to as many people as possible. We want cricket to be a game for everyone and we want the LGBTQ+ community to both feel welcome and able to be themselves in our sport.

“The rainbow laces and the rainbow stumps are a powerful symbol of support, and it’s good to see the players and the wider game reaffirming our desire to be a sport that everyone feels they can be involved in.”

Essex Eagles vs. Kent Spitfires will be streamed via Essex Cricket’s Official YouTube channel and embedded into the Match Centre on the Kent Cricket website, with pictures coming courtesy of Essex.

‘The Battle of the Bridge’

According to Charles Kightly from English Heritage, the rivalry between teams representing Kent and Essex began in a gruesome manner in 1776. “Two teams from Kent and Essex agreed to play a ‘great match at cricket’ at Tilbury Fort, Essex.

“But when the Kentish team turned out to include a man ‘who should not have been there’ – perhaps a ‘professional’ – the Essex men refused to play, ‘on which a very bloody battle ensued’. Facing an obligation to forfeit, one of the Kentish team ran into the guard house, seized a gun, and shot dead an Essex man.

“Everybody now rushed to grab guns, easily overpowering the four soldiers on duty, and ‘fell to it, doing a great deal of mischief’. This included running someone through with a bayonet, and killing a guard as he attempted to restore order.

“Eventually the Essex men fled over the drawbridge, while the Kentish team ‘made off in their boats, but search is making after them’.”

Whilst, of course, more recent clashes with Essex have been thankfully nowhere near as violent, intense rivalry has endured between these noisy neighbours.

Kent and Essex have faced-off on 66 occasions to date in List A cricket, with Kent winning 31, Essex 32, two ties and one no-result.

‘The Battle of the Bridge’ also forms part of the annual contest of the Mike Denness Shield between the two counties, named after the former England cricketing legend that has played for both sides. The Men’s First XI with most aggregate victories across all formats wins the Shield.

Kent have now secured the Mike Denness Shield for 2021, having won two of the three scheduled encounters between the two sides.

Jack Leaning has been selected by Trent Rockets for their next two matches. He will therefore be unavailable for Kent’s trip to Chelmsford this weekend. Ollie Robinson will captain the side.

Heino Kuhn has been ruled out of this fixture with a groin injury.

Harry Podmore picked up an injury in warm-ups at Beckenham before the Spitfires’ match with Lancashire. 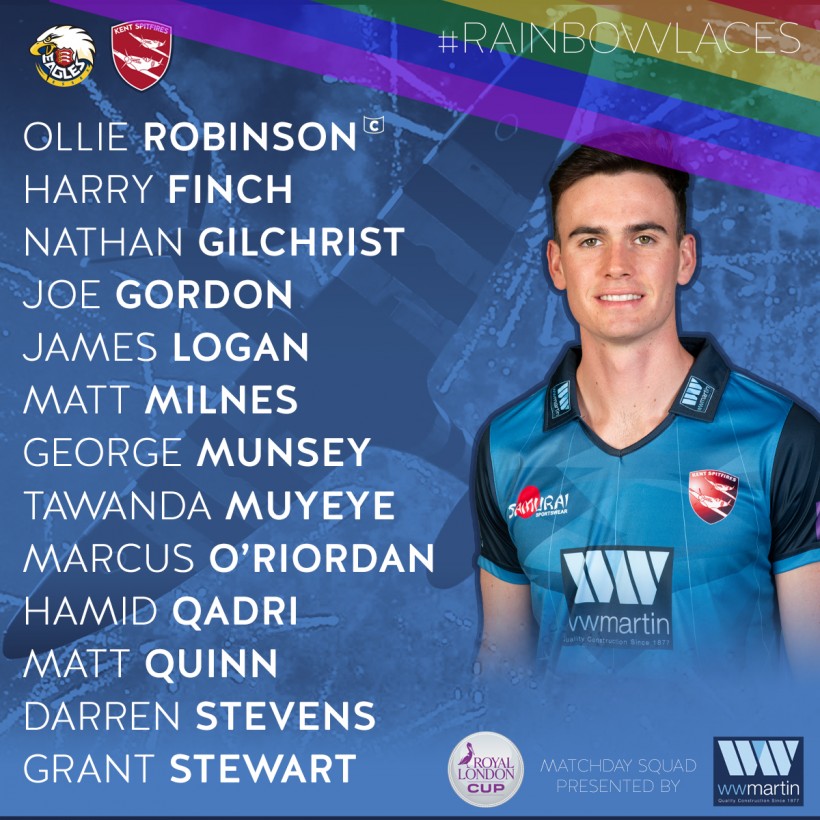 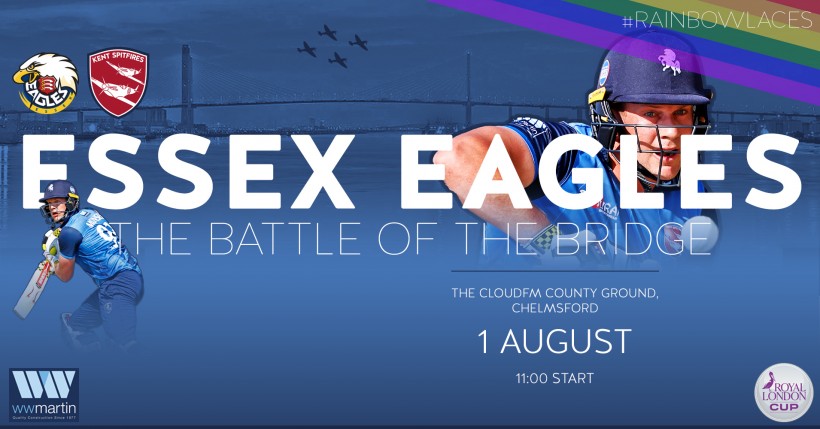