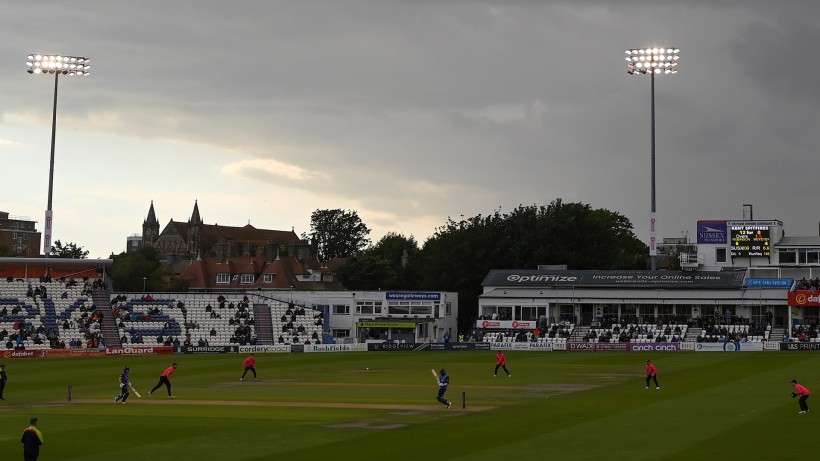 Kent Spitfires can rightly feel frustrated after rain curtailed chances of their first win in the Royal London Cup at Hove against Sussex Sharks.

Their Group A match at the  1st Central County Ground was abandoned in surreal circumstances with the Kent innings still 4.2 overs short of constituting a match but well ahead of the DLS par score.

There were 34.4 overs of cricket in all, which was something of a miracle with the rain and very strong winds, with the floodlights burning brightly in the gloom.

A 29-over game was scheduled, with Kent Spitfires deciding to field first after winning the Toss. They then limited Sussex Sharks to 209 for seven.

The highlight of the Sharks’ innings was a stand of 63 in eight overs between Travis Head (52), who made his third fifty of the campaign, and Ben Brown, with an inventive 38 from 29 deliveries in his first appearance in the competition this season.

Kent captain Ollie Robinson and former Sussex academy player Tawanda Muyeye blasted their way to a score of 48 from the first five overs of the Spitfires’ reply.

But then came the heaviest rain of the day and the umpires had no alternative but to call the game off, with Kent still short of batting the ten overs that would have made a match.

The outcome means that Sussex and Kent will both take one point from the match.