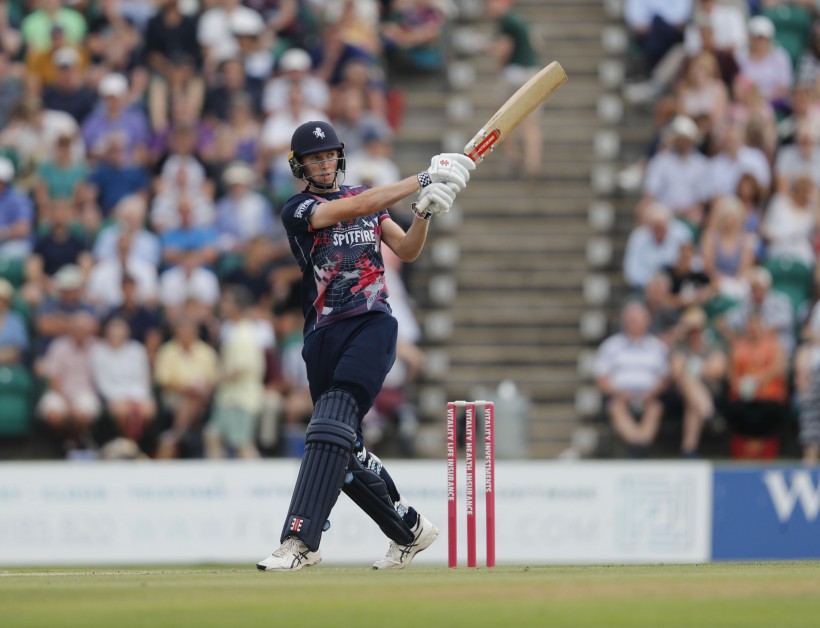 After six wins from their first seven matches, the table-topping Kent Spitfires face a difficult trip to the west country to face Gloucestershire on Wednesday.

Gloucestershire have proven to be difficult opponent for the Spitfires over the last few seasons.

Kent have not beaten the Bristol-based side in T20 competition since July 2016, when 51 from Joe Denly helped the Spitfires set Gloucestershire a target of 149 for victory in Bristol.

Hardus Viljoen is currently the top wicket taker in the Blast this year after three more scalps on Sunday at Beckenham against Hampshire moved the fast bowler onto 14 wickets for the tournament.

Mohammad Nabi has hit 11 sixes in this year’s Vitality Blast, one more than Alex Blake, whilst Blake is the county’s highest run scorer with 165 so far, scoring one more than Heino Kuhn (164). Kuhn currently averages 82.00 this season.

Ryan Higgins is currently Gloucestershire’s highest run scorer in this year’s Blast with 131 runs, whilst Benny Howell has taken nine wickets at 15.00.

The hosts are currently in sixth position with one win so far.

All-rounder Marcus O’Riordan has been selected to travel after being awarded a professional contract on Tuesday. Imran Qayyum is still out with a hand injury sustained away at Sussex Sharks last week.

Grant Stewart picked up a hamstring injury in our win over Hampshire that forced him to retire not out in the last over of our innings, which rules him out of this match. Mitchell Claydon comes in as a result.

Sam Billings (shoulder) is in the final stages of his rehabilitation following surgery earlier this year, whilst Joe Denly (England) is also unavailable. 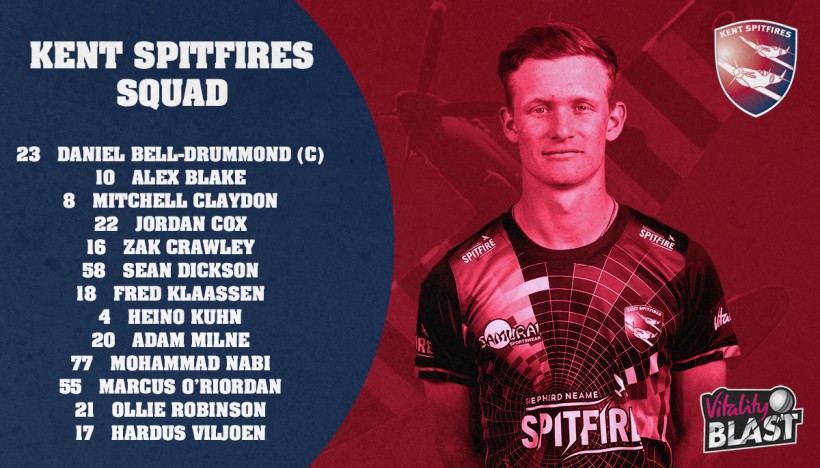