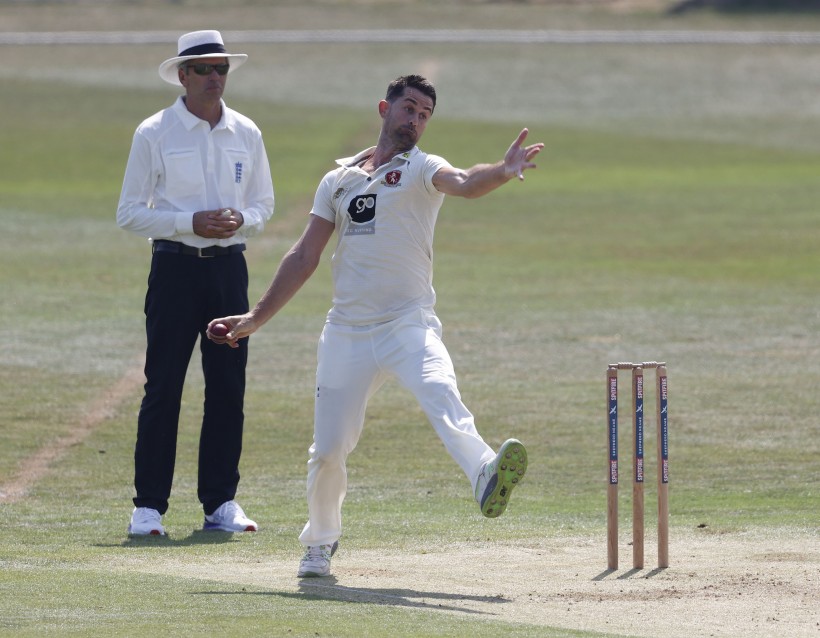 Kent will look to build-upon their big win over Sussex this past weekend as they welcome Middlesex to The Spitfire Ground, St. Lawrence in the Bob Willis Trophy.

The two sides sit second and third respectively of the South Group of the tournament, with Kent 11 points adrift of group leaders Essex after two matches.

The hosts come fresh from a South Coast derby win by an innings and 25 runs, including two double-hundred stands and a record new wicket partnership in the Club’s history.

Darren Stevens is currently the county’s leading wicket-taker in the Bob Willis Trophy, with eight scalps at 23.75, whilst Harry Podmore, who could be in line to play against his former county, has taken seven wickets in one appearance at just 16.14.

Middlesex come to Canterbury off the back of a three-wicket defeat to Hampshire in the last round of matches, despite 92 from Martin Andersson and seven wickets in the match from Tim Murtagh.

Nick Gubbins is currently Middlesex’s top run-scorer in the tournament with 306 runs in two matches, including a score of 192 on the opening weekend of the Bob Willis Trophy against Surrey. Murtagh’s 14 wickets to-date this Summer tops the visitors’ wicket-taking charts so far.

Joe Denly returns to the Kent squad after being released from England’s bio-secure bubble, and is in line to make his first county cricket appearance of the Summer.

New signing Nathan Gilchrist is included in a First XI squad for the first time, whilst Heino Kuhn and Jordan Cox remain unavailable.

Play will begin from 11:00 on Saturday 15th August and will be streamed live via the Match Centre on the Kent Cricket website. 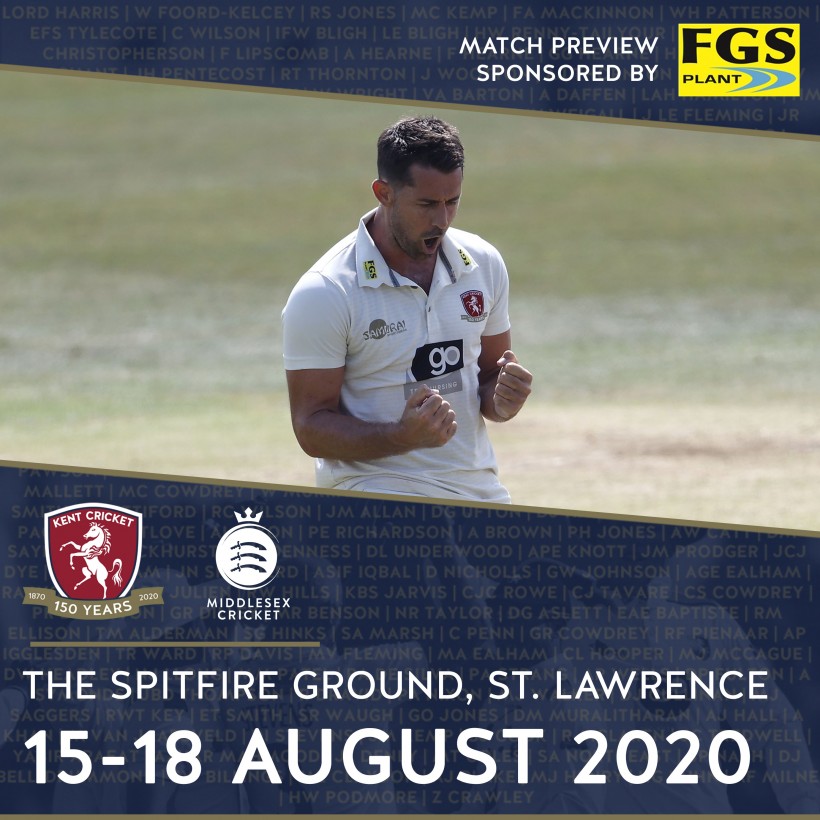