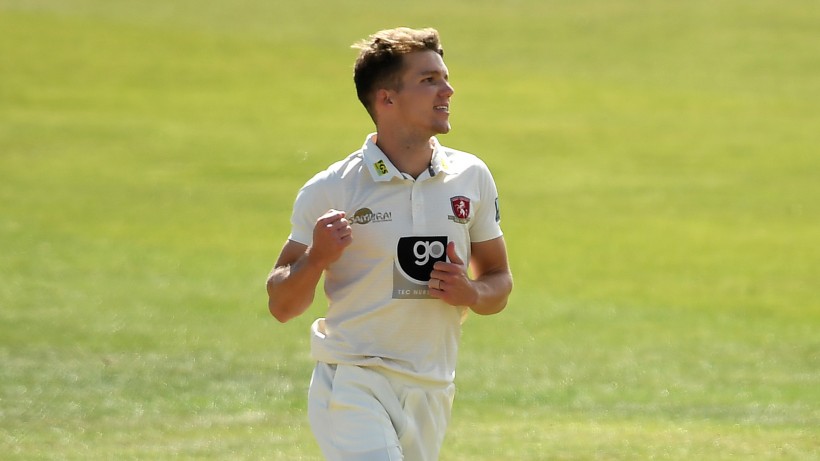 Kent Cricket is delighted to announce that right-arm seamer Matt Milnes has signed a contract extension until end of the 2022 season.

The 26-year-old joined Kent from Nottinghamshire in October 2018, and in his first year, picked up Kent’s Bowler of the Year award after a breakout Summer taking 55 Championship wickets at 25.14.

Milnes has taken 73 first-class wickets in 19 matches to date, with best innings figures of 5-68 coming against his former county at The Nevill Ground, Tunbridge Wells in 2019. Last season, he broke into Kent Spitfires’ Vitality Blast side, playing in all 11 fixtures.

A destructive bowler capable of bowling a heavy ball, Milnes has become a popular figure with Kent’s members and supporters with his ability to send stumps cartwheeling and his enthusiastic celebrations.

On extending his contract at Kent, Milnes said: “I’m delighted to extend my contract with Kent as it’s a very exciting time for the Club.

“There is a genuine belief now that silverware is just around the corner and hopefully I can contribute towards trying to make this a reality.

“I’m driven to keep on working and improving by the fantastic group of players here, and it was an easy decision for me to remain a part of a team with lots of potential.”

Kent’s Director of Cricket, Paul Downton, said: “Matt has made a significant impact both on and off the field since joining the Club.

“His work ethic and competitiveness is second to none and his ability to bowl match winning spells makes him a stand out talent. This has already been recognised by the England selectors with a call up to the England Lions after his first full season in county cricket.

“Matt is still an inexperienced bowler and he knows there is still room for him to improve, which I am confident he will do working closely with bowling coach, Simon Cook.

“I am delighted Matt has signed a contract extension which will keep him playing for Kent for at least the next two seasons.”