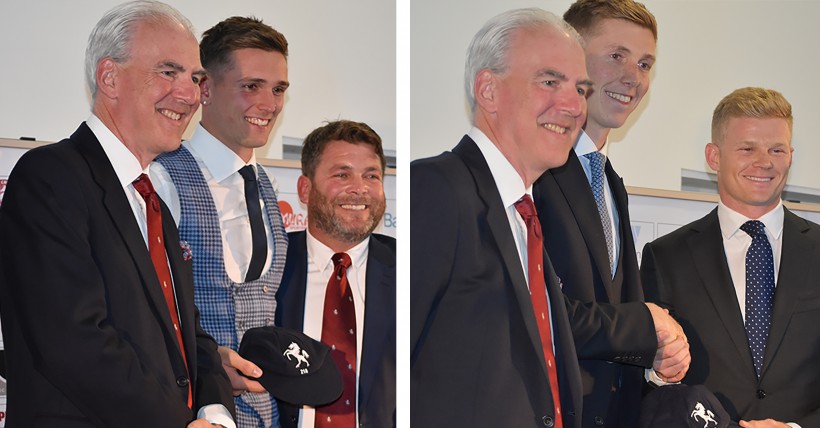 Podmore joined the county at the start of last year, and in 46 appearances for Kent so far, the 25-year-old has taken 115 wickets. His best figures in an innings came against his former county Middlesex last season, where he took six wickets for only 36 runs.

The right-arm seamer has featured in every Specsavers County Championship game for Kent over the past two seasons, taking 52 wickets so far this year at an average of 26.53.

He has also established himself in the county’s One-Day side, famously hitting the winning boundary to send Kent to Lord’s for the Royal London One-Day Cup Final in 2018.

Bromley-born and Sevenoaks-bred Zak Crawley joined the club at the age of 10 before moving through the County Age Group squads and into the Kent Cricket Academy, before making his first-team debut as a 19-year-old against Essex in May 2017 after featuring for Kent Second XI from the age of 15.

Now 21, the right-hander has scored 3,047 runs for his home county in 74 appearances, averaging 32.07 across all formats. His current career-best score of 168 came against Glamorgan last year in the Specsavers County Championship, coming from 237 balls.

Established in all formats in the first-team squad, Crawley has already scored multiple centuries in first-class and one day cricket.

He was 11 runs short of being the club’s sixth ever player to score a century for Kent in all three formats of the game, and would’ve been the first to score all three in one season, amassing 89 from 55 balls away at Essex Eagles in this year’s Vitality Blast.

To date, he has scored 820 runs in 13 Championship appearances this season, averaging 31.45.

He has earned his first England Test call-up for when they tour New Zealand this Autumn, after making his England Lions debut at The Spitfire Ground, St. Lawrence in Canterbury earlier this season.

Groenewald to move to Kent