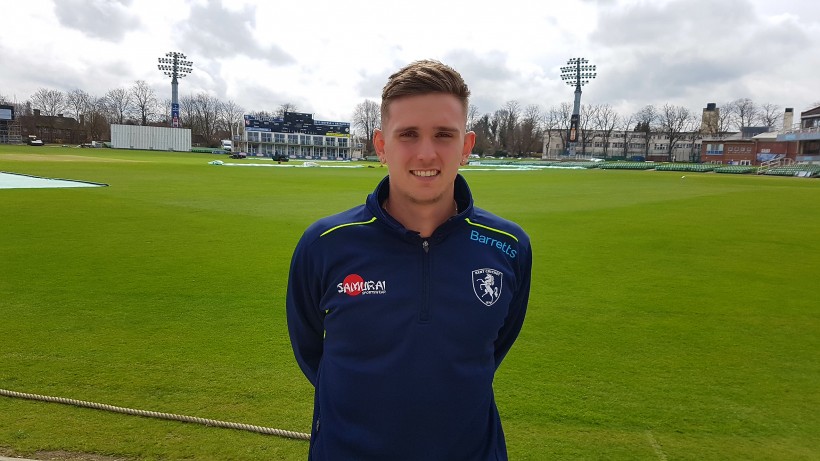 New signing Harry Podmore has settled quickly into life at Kent with the help of former Middlesex team-mates Joe Denly and Imran Qayyum.

Kent head coach Matt Walker worked closely with the 23-year-old on the England Cricket Pace Programme three winters ago and was suitably impressed.

With first-team chances few-and-far between, Podmore spent loan spells with Glamorgan and Derbyshire last season, but says he wanted the chance to play more regularly – an opportunity that should come with this move to the Garden of England.

In explaining his reasoning behind the switch, Podmore said: “It wasn’t really working out at Middlesex in terms of opportunity, sure I love the club and it’s all I really know, but there comes a time when you need to push on and make a decision that’s right for yourself. And for me, that time had come.

“I’m happy Kent have seen something in me and have given me this opportunity. I made my first-class debut at Canterbury and remember pretty much every single ball of it. My mum and brother came down to watch and Adam Rouse became my maiden first-class wicket.

“Kent have quite a close relationship with Middlesex and it seems a very homely club. The boys and the coaches were unbelievably welcoming to me and I’m really happy to be here.

“I spoke to James Harris, who was here on loan last year, and he had nothing but good words to say about Kent. He said I’d really enjoy it, and he’s not wrong. I’m getting really good vibes.”

However, the right-armer from Hammersmith conceded that the chance to work alongside iconic South Africa Test bowler Allan Donald – now Kent’s assistant coach ­– was a major factor behind his short move down the M2.

He said: “It almost goes without saying doesn’t it? Allan’s one of the greatest fast bowlers to have ever lived, so who wouldn’t want to pick his brains. If I can take a few things from AD, then it can only help my game.

“We’ve already spoken a little about match tactics, it was at the end of a net session and I found it really interesting. You can pick up so much knowledge from a man like that.”

Podmore had an operation to free a trapped elbow nerve at the end of last year and is happy to be bowling pain-free for the first time in three seasons. “It all went really well which is a massive relief,” he added: “And I can’t wait for the season to start.”