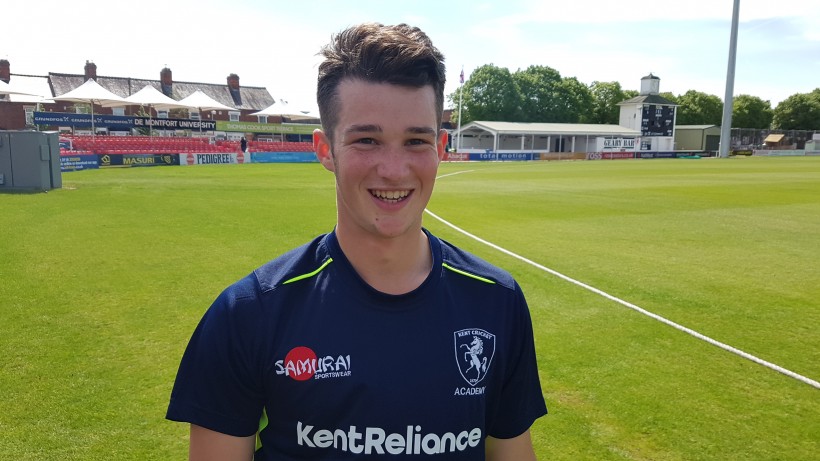 The 18-year-old wicketkeeper-batsman will turn pro in 2018 after three years with the club’s prolific academy.

The Beckenham batsman, who has also played for Bexley and Sidcup, scored his maiden second XI century this summer and was selected for the FGS Plant pre-season tour.

Robinson, who represented England Under-19s this summer, said: “It’s been great working with the first team squad more regularly and I’ve learned so much from the players and coaches.

“I’ve been at Kent through all the age group squads and it’s a dream come true to turn professional.

“My ultimate aim is to push for a first-team spot but I just want to keep working hard and developing my game.”

High performance director Jason Weaver, who oversees the club’s Academy programme, said: “Ollie is a very talented wicketkeeper and batsman and it’s a great opportunity for him to continue developing in a professional environment.

“Our Academy programme has prepared him for many of the demands of professional cricket and it’s a great reward for Ollie’s hard work, and all the coaches involved in his development so far.”