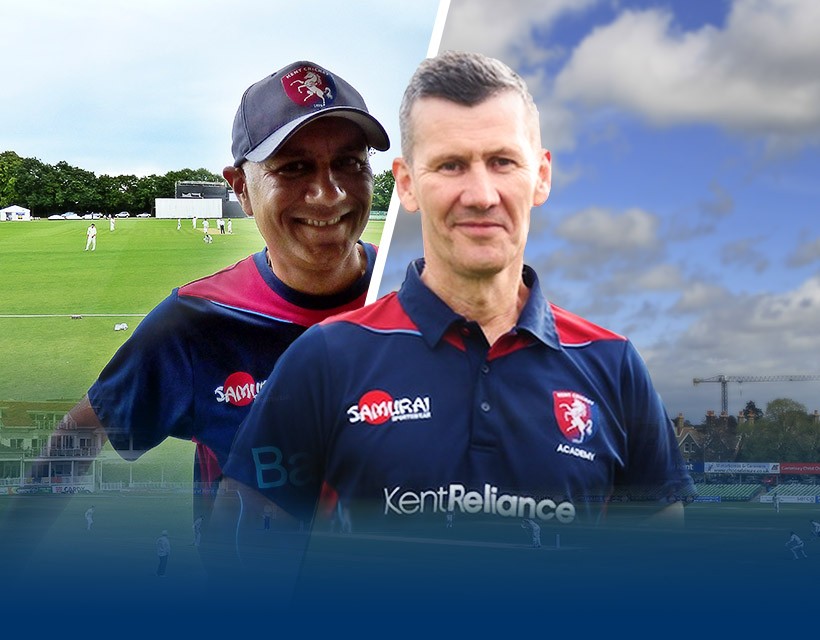 Patel, 46, grew up in Dartford and spent his 19-year playing career at Kent, taking 630 wickets and playing in two Tests for England in 1996.

He has coached the county’s spinners since his retirement and is looking forward to his new full-time role.

The left-arm spinner said: “I enjoyed my time immensely in 2016 as 2nd XI coach as an extension of my work with the spinners in the first-team squad and Academy.

“There’s a great deal of talent in the squad and I look forward to helping bring through players to excel in the first XI.”

Weaver, 48, will oversee the pathway from the age-group teams to the prolific Kent Cricket Academy programme (sponsored by Kent Reliance) after 10 years as high performance manager.

The former Minor Counties wicketkeeper said: “I am looking forward to working with all of our coaches in helping to develop our young players and build on the good work of previous academy directors.

“Kent have a good reputation for developing home grown players and that is something we as a club are keen to maintain. I’m also keen to stress that this would not happen without the hard work of clubs, schools and the area programme.”

The two roles replace the high performance director role, overseen by former Kent wicketkeeper Simon Willis, who is now taken a similar role with the Sri Lanka Cricket Board.

Kent Cricket CEO Jamie Clifford said: “We’re delighted to appoint Min and Jason in their new roles on a permanent basis and it is a sign of the depth in our coaching structure.  They are backed up by some really good people right across our High Performance programmes.

“They have both excelled in the roles on an interim basis which is a tribute to their professionalism and commitment to Kent cricket.

“I hope the club can build on the legacy left by former high performance director Simon Willis by continuing to unearth and develop the best talent for Kent and England.”