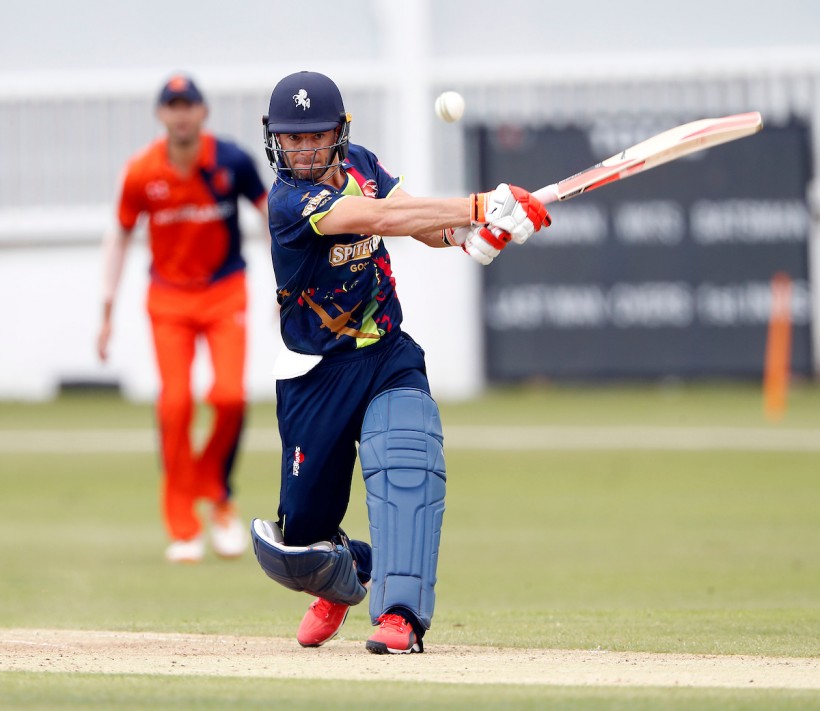 Daniel Bell-Drummond and Heino Kuhn hit fluent fifties to seal a ninth T20 win in a row against Somerset after Carlos Brathwaite’s 4/21 helped restrict Somerset in the Vitality Blast.

The hosts posted 159 and Bell-Drummond (58) and Kuhn (67*) shared a century stand as Kent cantered home with 21 balls to spare.

Spitfires skipper Sam Billings won the toss and opted to field first as the hosts slipped to 22-3 in the fifth over after Joe Denly bowled Johann Myburgh with the fourth ball of the match before the West Indies skipper struck in each of his opening two overs.

Brathwaite danced with delight after the dangerous Steve Davies jabbed to Dickson at mid-wicket before the 29-year-old bowled Peter Trego who was trying to flick a full ball to legside.

James Hildreth (57) and Tom Abell (36) staged a recovery with a 68-run stand before Abell holed out to Blake in Brathwaite’s third over.

Hildreth was eventually caught at deep square leg as he pulled a short Mitch Claydon ball to Bell-Drummond on the boundary.

Adam Milne bowled accurately to concede just 23 runs from his allocation and the spinners were effective up front despite the shorter boundaries at Somerset.

The big Bajan paceman returned to collect a fourth wicket, bowling Somerset skipper Lewis Gregory who played a back-of-a-length ball onto his stumps.

In reply, the Spitfires recovered from the early loss of Denly, adjudged to have tickled a Josh Davey delivery through to the gloves of Davies as Bell-Drummond and Kuhn united to push the match in Kent’s favour.

The 23-year-old opener reached his eleventh T20 half-century with a towering straight six off Lewis Gregory before the South African recorded his eighth 50 in the shortest format off just 32 balls.

Spitfires skipper Billings (18* off nine balls) smashed a huge six to seal an eight-wicket win and continue the perfect start to the Vitality Blast season.

Next up, a trip to Bristol to face Gloucestershire on Wednesday before successive home matches: Hampshire at Beckenham (Jul 13, 5.30pm) followed by Surrey (Jul 20, 7pm) and Sussex Sharks (Jul 27, 7pm).